Dresses, dresses and more dresses! Scrolling through Phannapast’s Instagram, you will definitely be overwhelmed by the variety of amazing dresses she wears. Being a creative director, fashion is not just an everyday essential to Phannapast but also represents infinite possibilities. With her fanciful and Southeast Asian myths-inspired artwork, she was discovered by the Gucci Team through Instagram, marking a prominent milestone in her career.

Phannapast has always been confident and powerful, but she’s also a down-to-earth artist who draws in Starbucks — aren’t you curious about who is behind those fancy dresses? Just pore over this interview and let her thoughts flow into you. You won’t be disappointed! 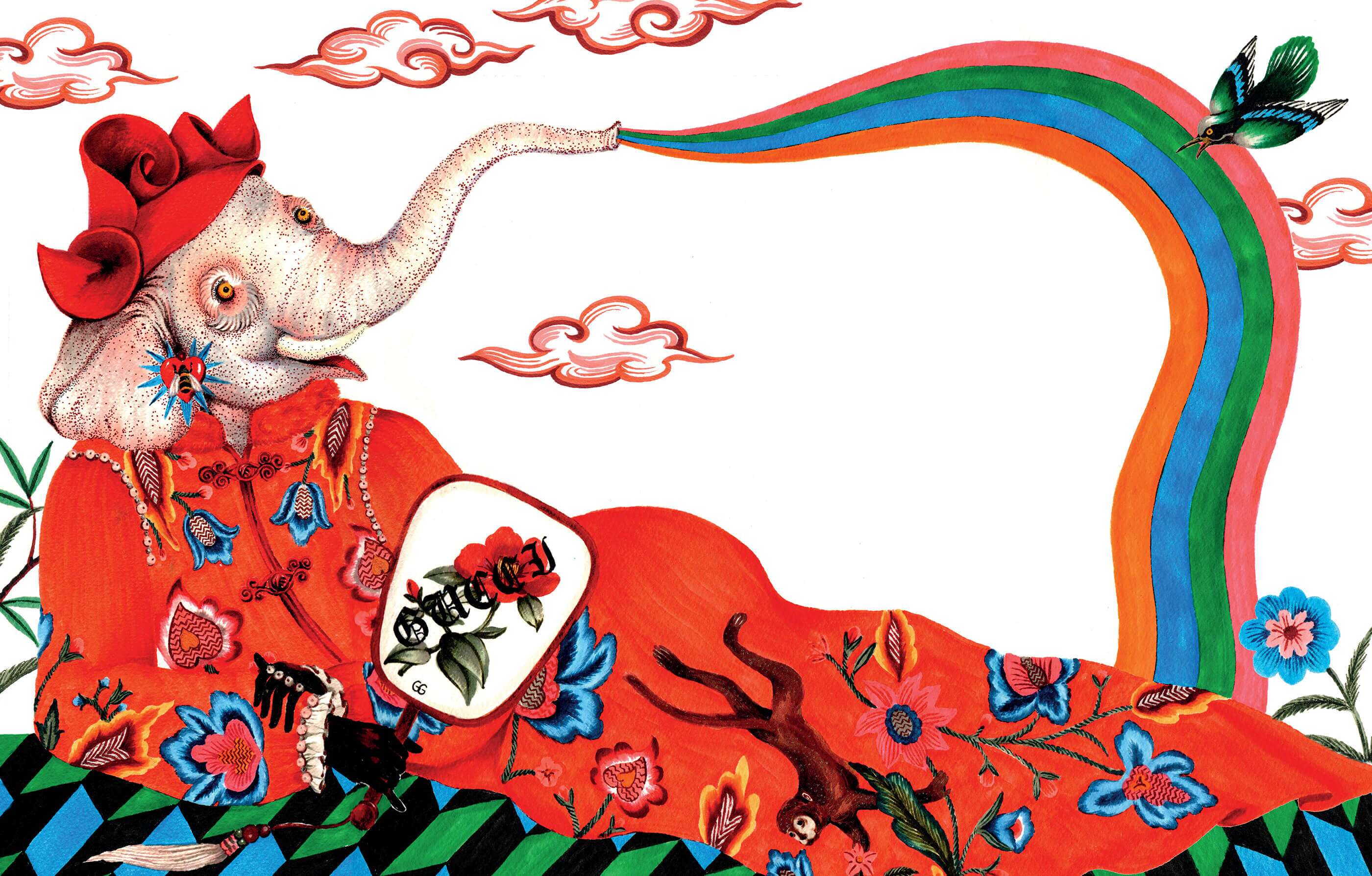 AWW: Can you share an illustration that best represents you and Thailand?

Phannapast: I think the "Nescafe" project and “Venus in the shell” exhibition would be good choices. 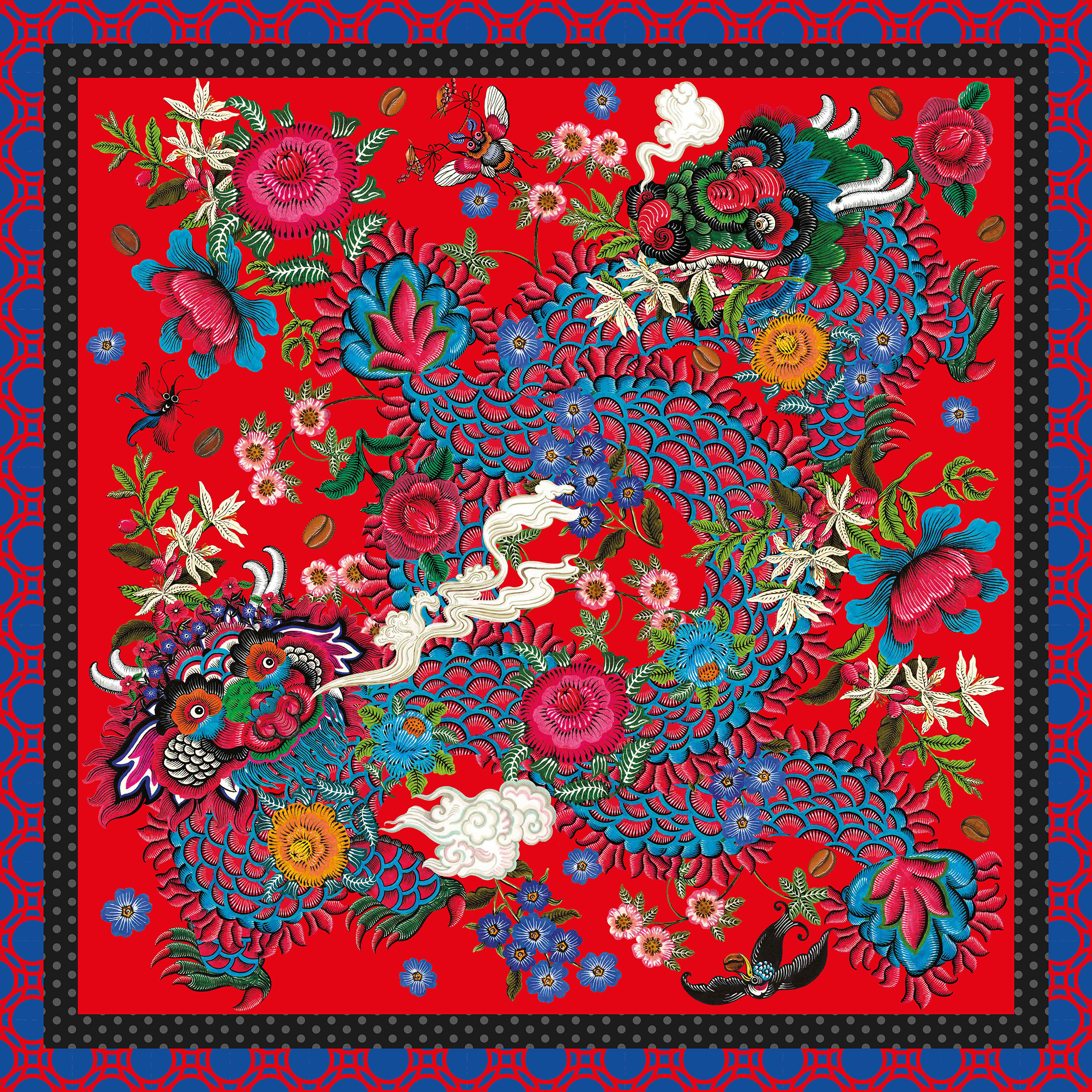 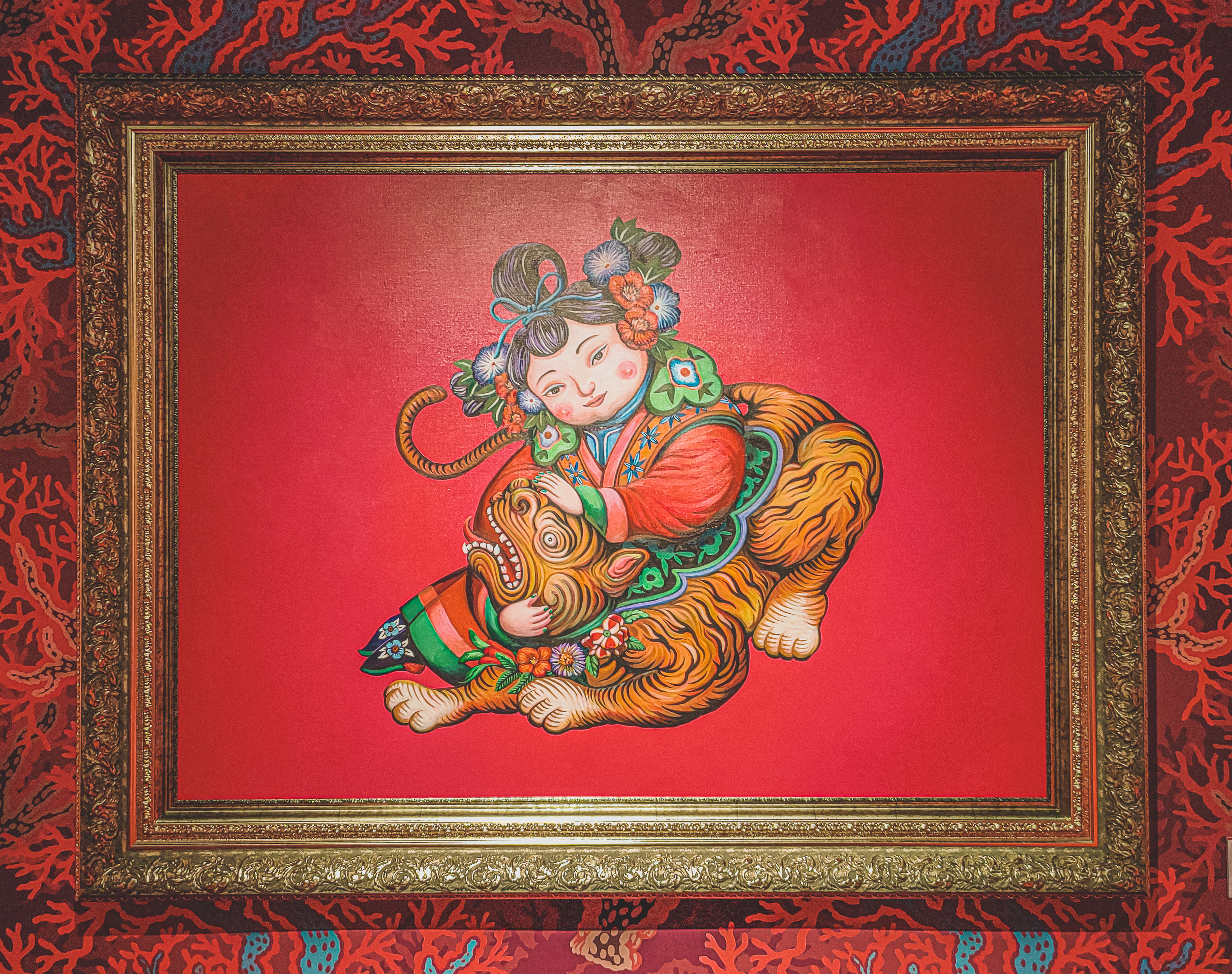 AWW: You mentioned in an interview that as a Chinese-Thai illustrator, the myths in both countries have inspired you a lot while illustrating. How so?

Phannapast: Yes, I am inspired a lot by Chinese-Thai culture and mythology. Some tales or legends influence me a lot too! For example “Journey to the West” and my favourite character is the Princess Iron Fan. Chinese stories are usually patriarchal or heroic, but Princess Iron Fan is a female monster with a small family. She is fierce and her husband respects her a lot as a family carer. She doesn’t resonate with the traditional image of women who need to be sweet, neat and quiet followers of society. In contrast, she best represents the powerful side of women who fight to protect their loved ones. She is upfront and genuine. She laughs, gets angry, is clever and yet stupid at the same time. Even amidst the sorrow, her strength still shines inside of her. This is very powerful and highly influential for me.

Another story is “Legend of the White Snake” (or Madame White Snake), a romantic story of Bai Suzhen. It talks about a white snake spirit who loves human male and is interfered with by a Chinese Buddhist priest who believes that demons and humans can’t be together. I feel very angry every time I read it, especially to the priest who judges things on his own belief. He simply indicates wrong and right, good and bad, appropriate and inappropriate on his own without considering the context, nor valuing the relationship in between. As I delve deeper into this story, it makes me reflect more on my thoughts regarding the LGBTQ issues.

All these stories from my childhood had influenced the way I create my art. 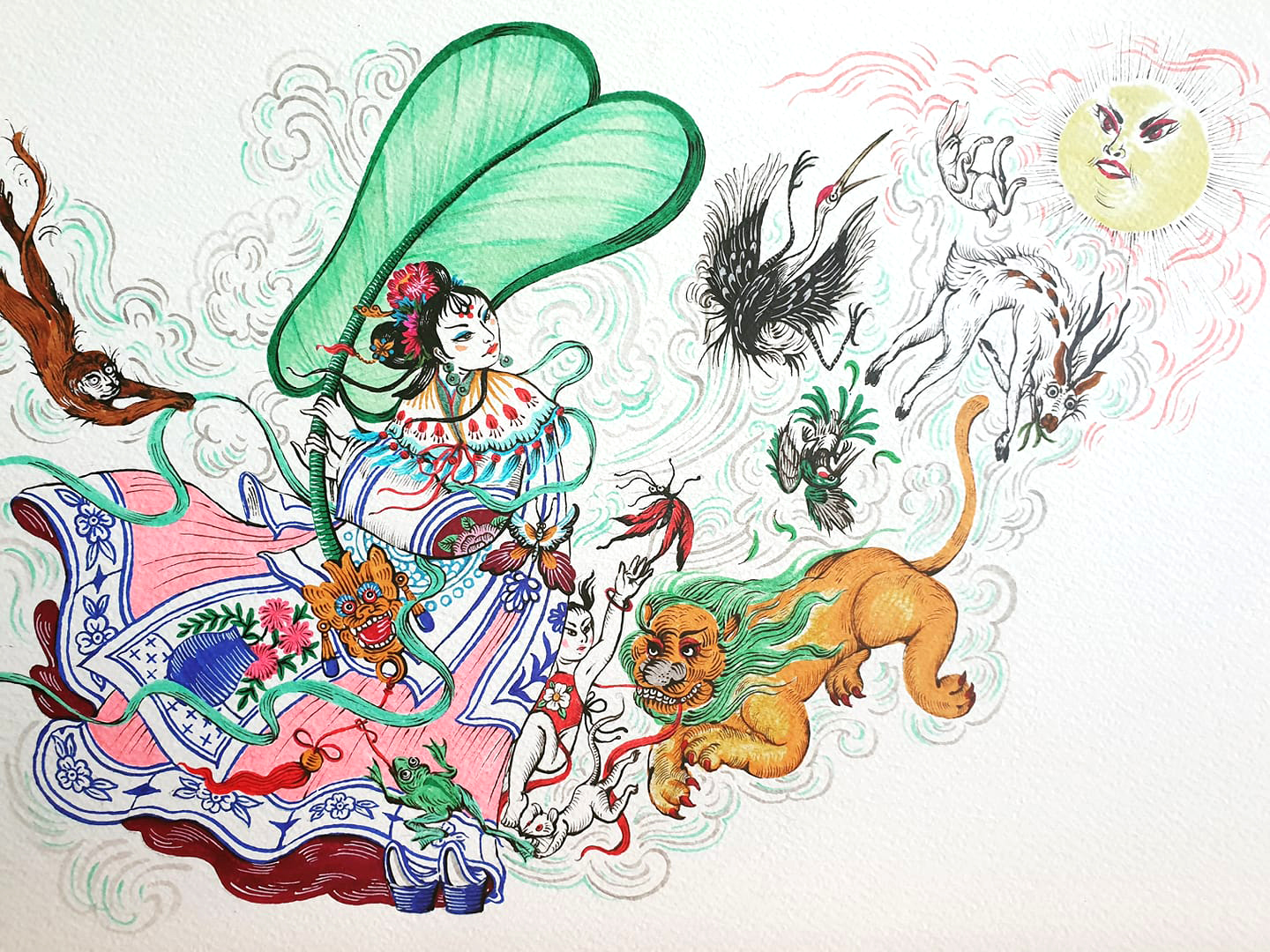 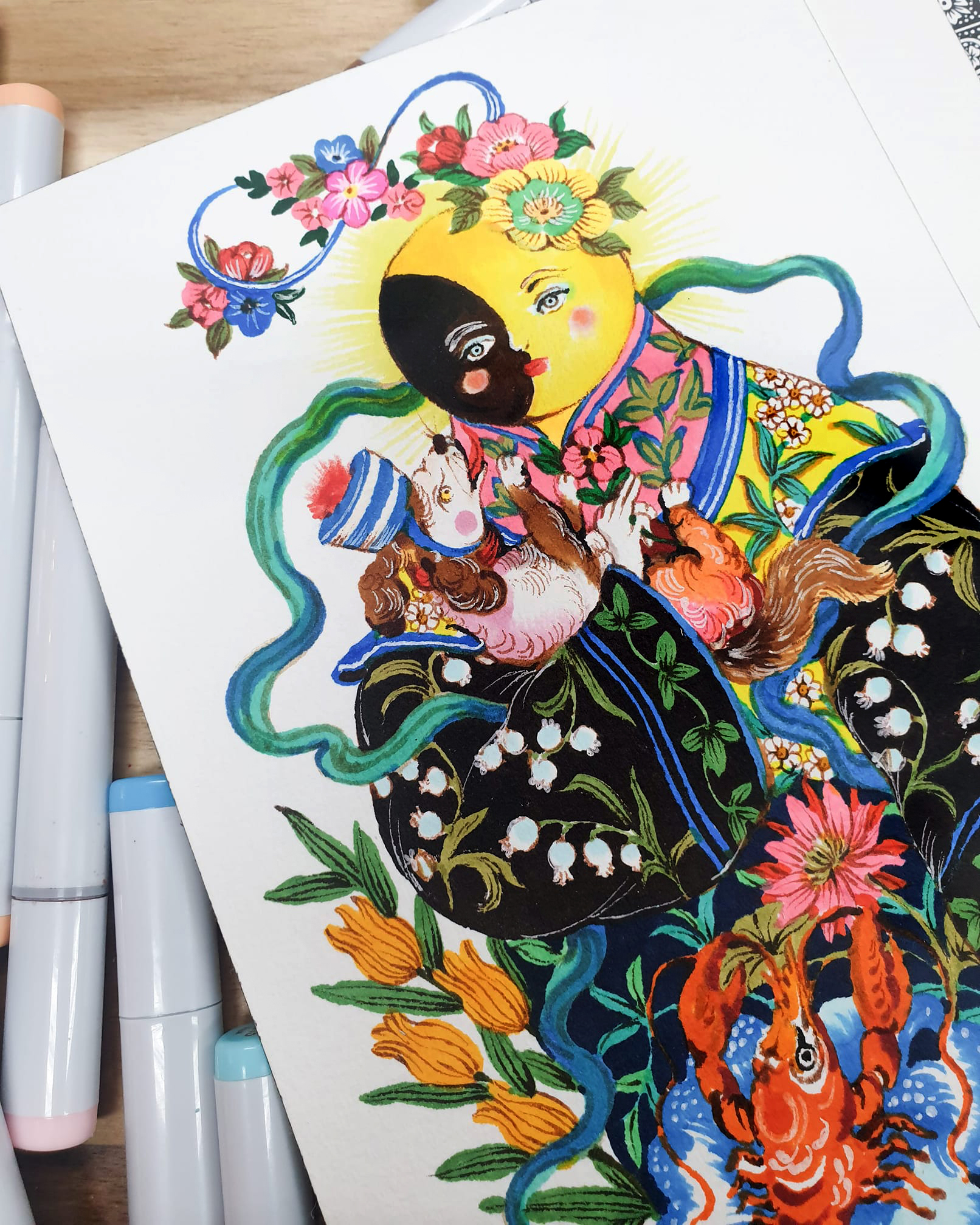 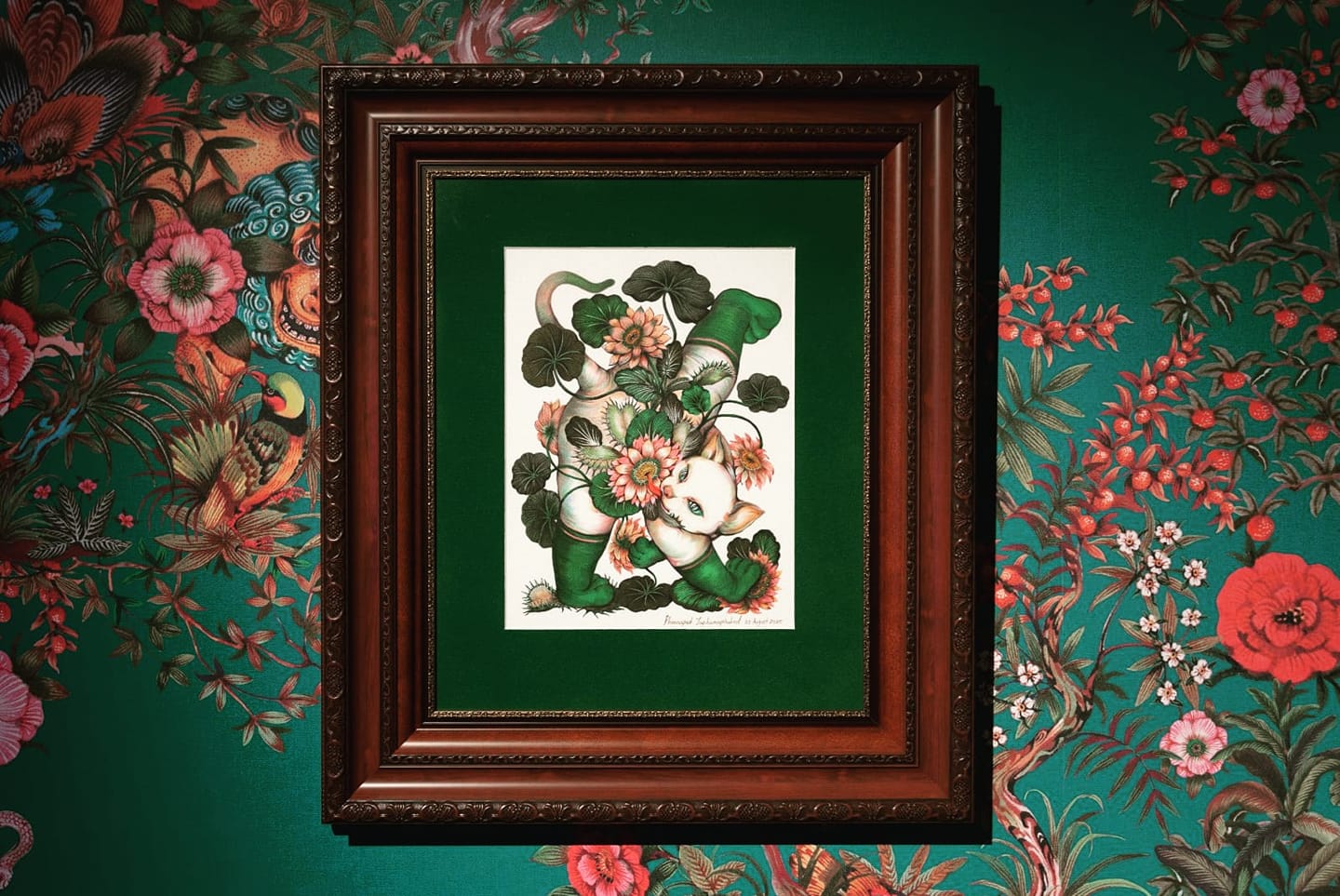 AWW: We’ve read an interview about your collaboration with Gucci and it was so encouraging!! Can you share with AWW readers how this wonderful story began?

Phannapast: I’m deeply grateful to Alessandro Michele and Gucci. Working with them had opened a new door in my life and it was the best experience ever. I saw Alessandro Michele’s collection in fall 2015 and fell in love with its romanticism. I felt like I heard a subtle whisper of his mind throughout the collection. However, there were some comments on YouTube showing their doubts about Alessandro’s aesthetic as the new creative director of Gucci. His experience resonated with me so much that I was also promoted as a creative director in a Thailand fashion brand that time. I’ve gone through the exact same thing as Alessandro did and would like to show my support to him — I drew my signature animals on Gucci clothes and posted it on Instagram with hashtag #GucciCruiseNYC to let him know there are still a group of fans who support his works. That was how it all began. 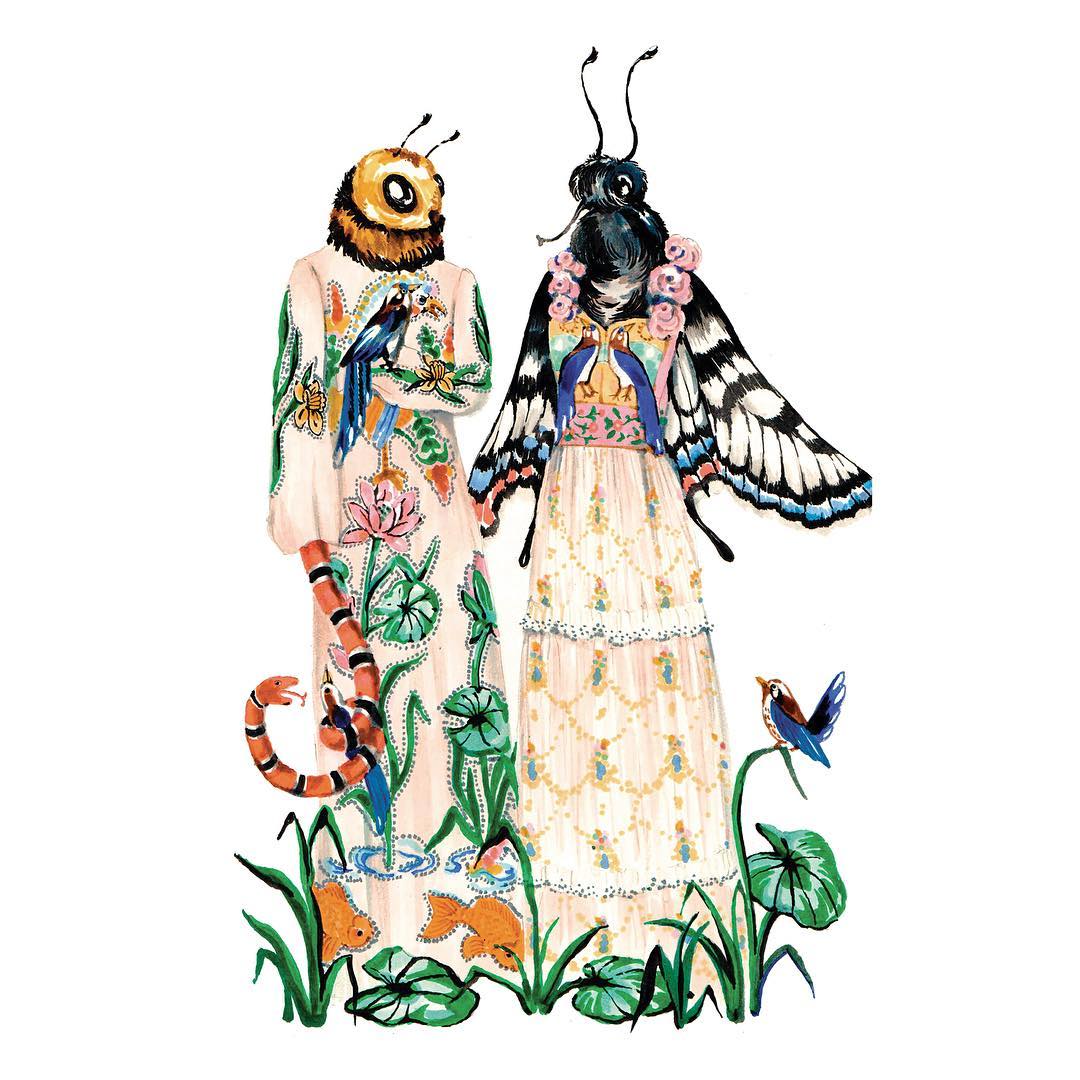 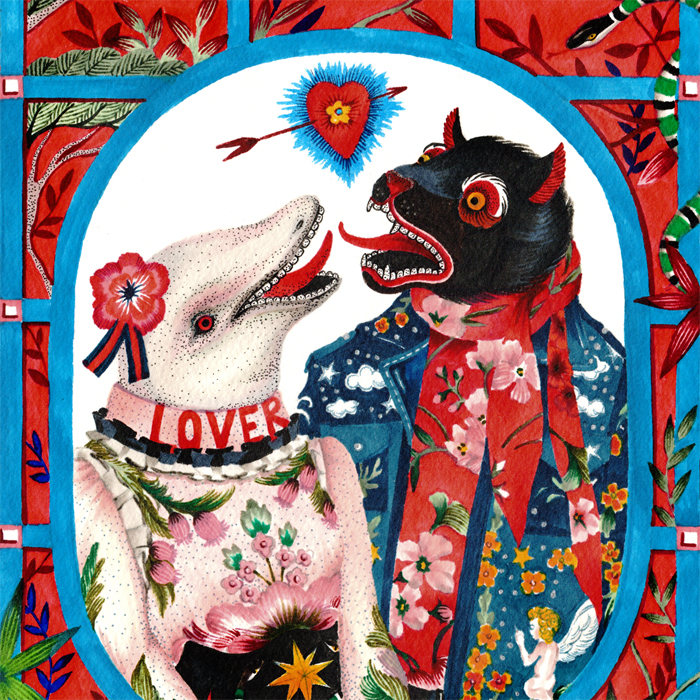 AWW: You’ve created many portraits that are half human, half animal. Is there any message you would like to convey through them?

Phannapast: I always feel that there are animal elements hidden in all humans and vice versa. I usually convey my feelings or even hide some thoughts with the animal I create. If it is a half human half animal painting, it is me delivering myself to the audiences. 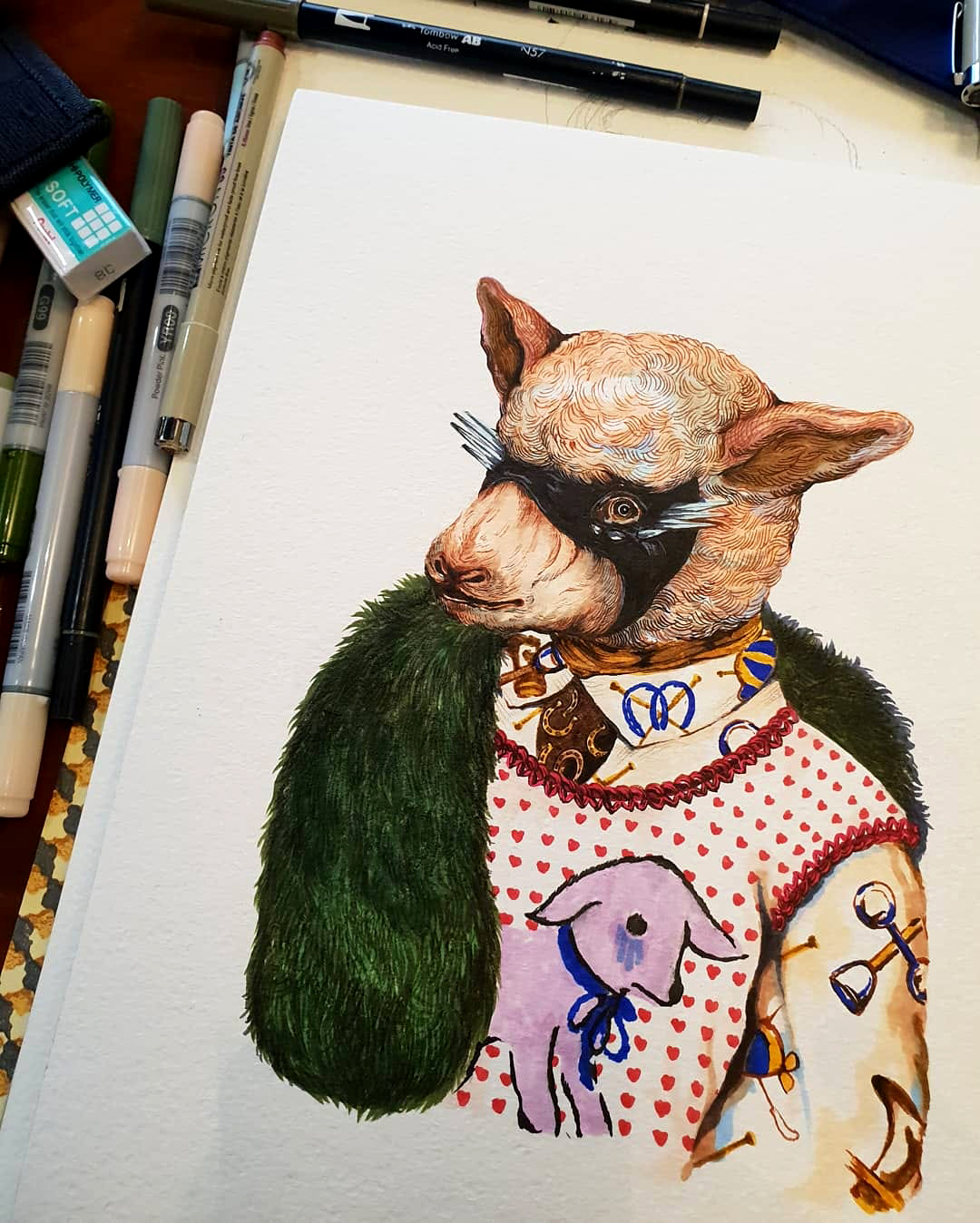 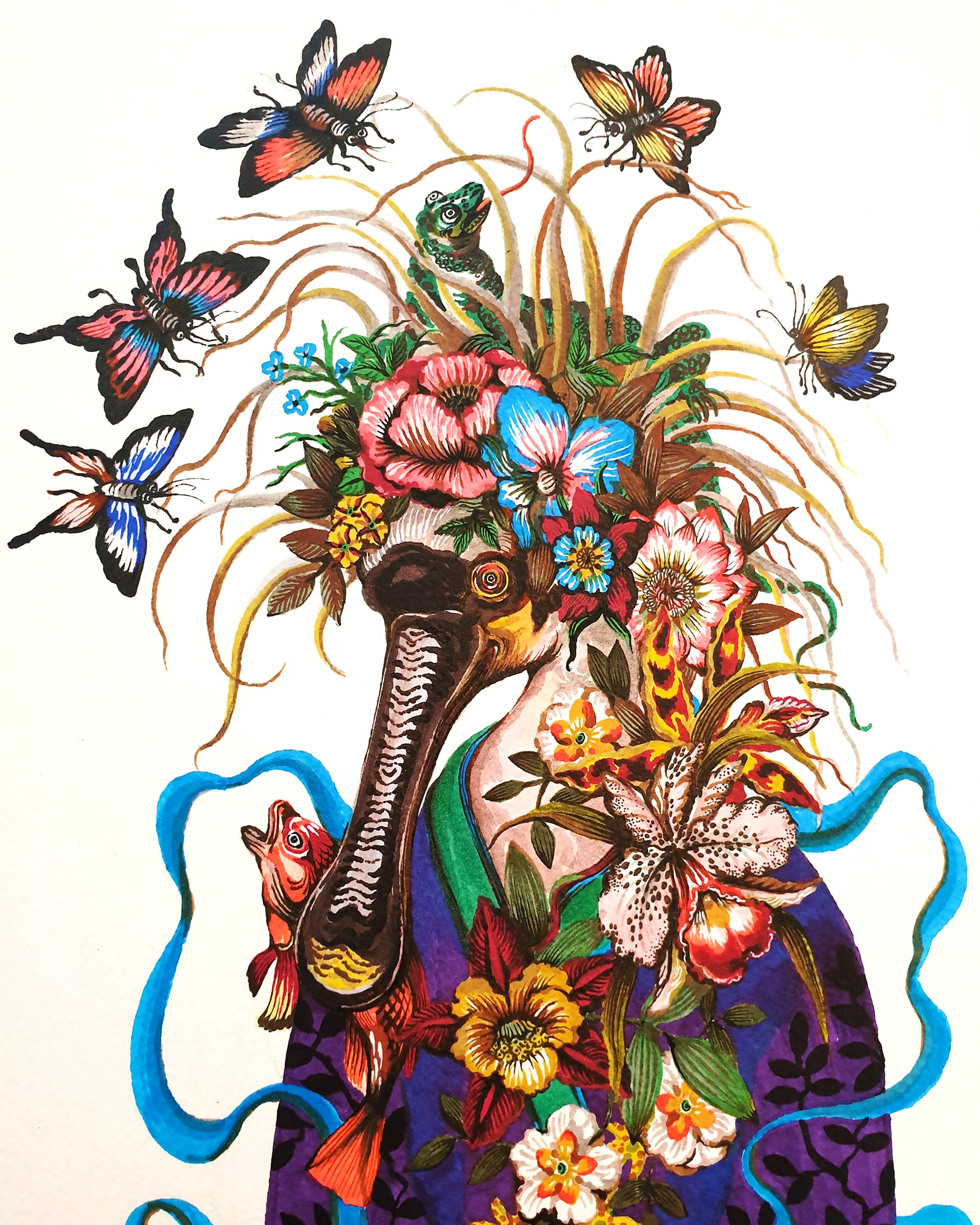 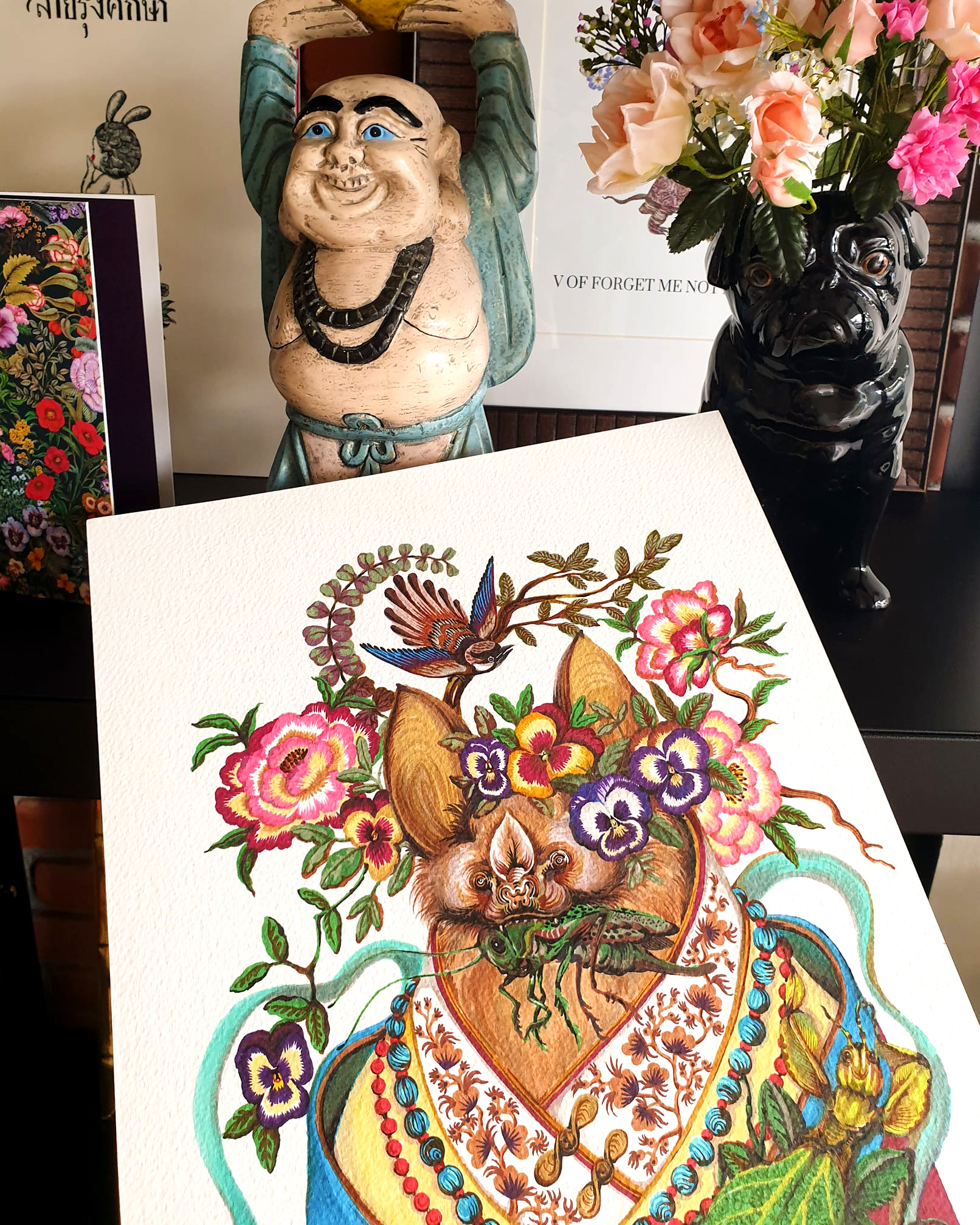 AWW: If you were to create a half animal, half human portrait for yourself, what would it look like? In other words, which animal would you choose to represent your inner self?

Phannapast: In the past years, I chose to be a budgie and crocodile, but this year it has changed to goldfish. Everyone thinks the goldfish are forgetful and it’s fortunate that they can forget about the bad things and be happy all the time. In fact, goldfish aren't forgetful. It might seem to people that I’m forgetful but I remember everything indeed. It's up to me whether to speak out and cope with it or not. I am always aware of what has happened and comprehend the whole thing instead of forgetting about it. 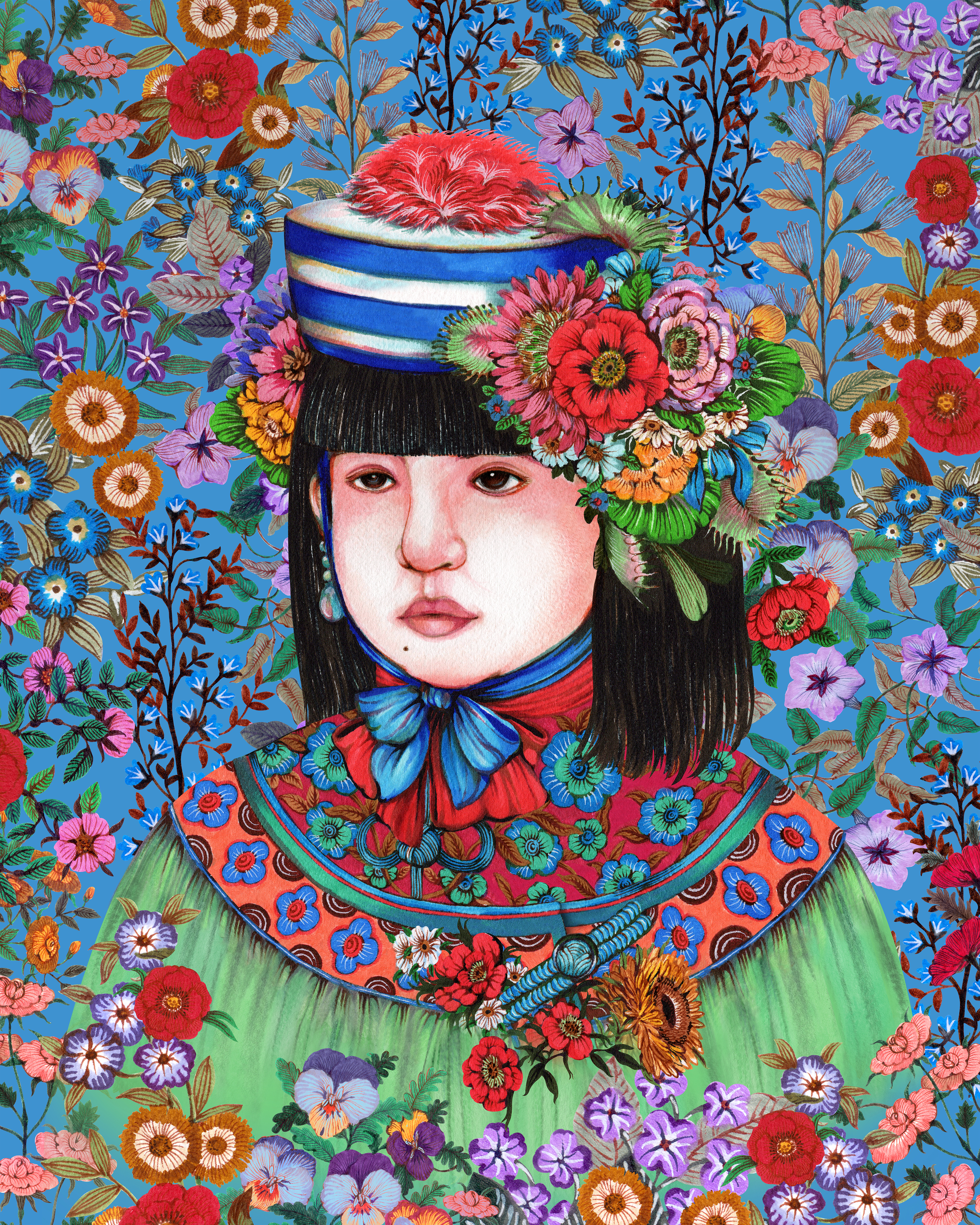 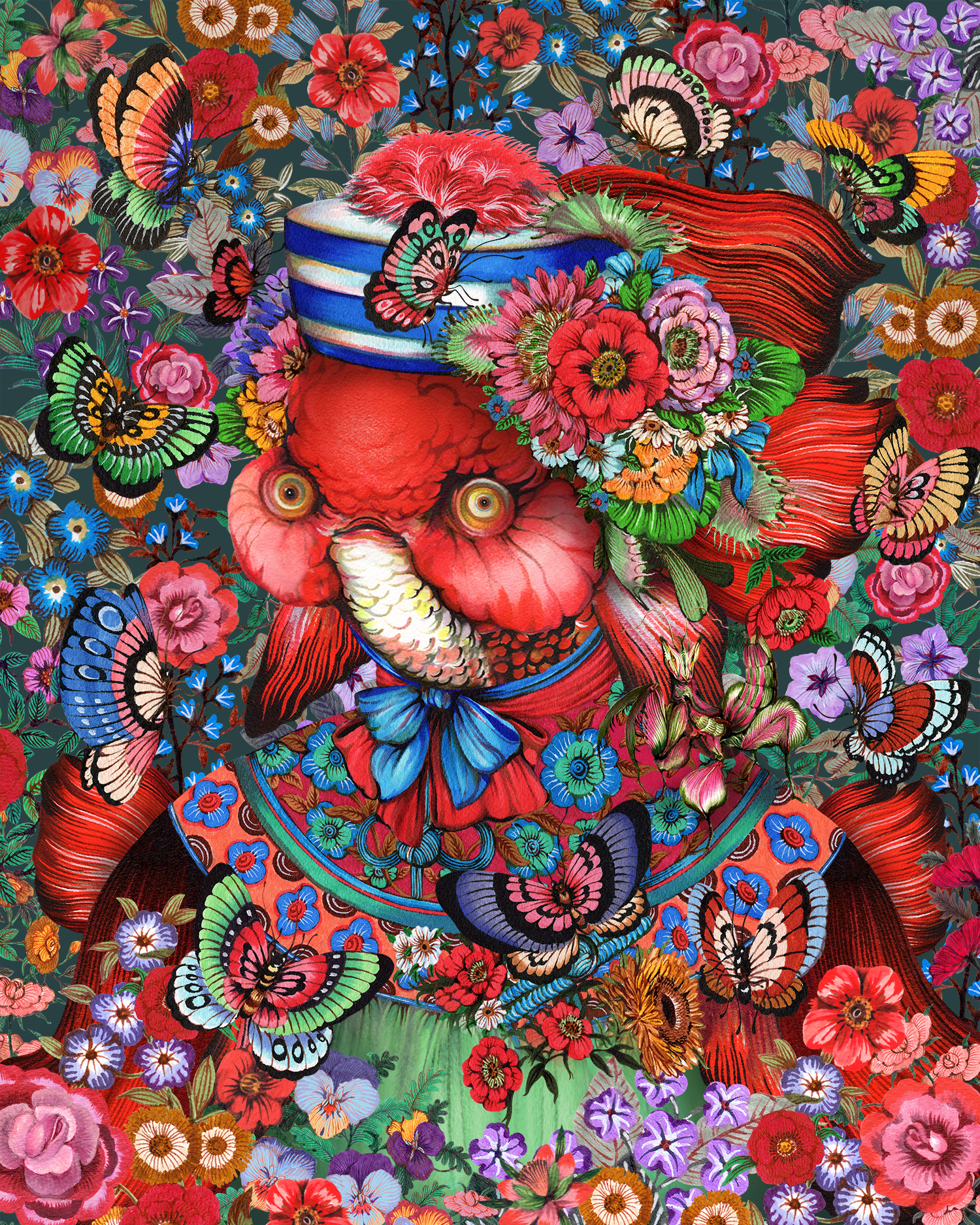 AWW: You love drawing in Starbucks! Why do you prefer Starbucks over other places?

Phannapast: Not every location of Starbuck, actually only at the Wang Burapa branch. And it also has to be the spot behind the big glass window. If I have earned enough money someday, I wish to buy this building. That very window with the sunlight is just perfect for a detailed artwork colouring. The vibe is so lively, with pigeons hanging tight on the wires and people doing their chores etc., it just makes me feel like I’m not working alone in the world (lol). Also, there is a fabric shop and toy plaza in the neighbourhood that I can sneak out to relax. Not to mention the Chinese pastry shop which sells the lotus seed assorted pastry! I just can’t stop thinking of it. This place has everything I love around. 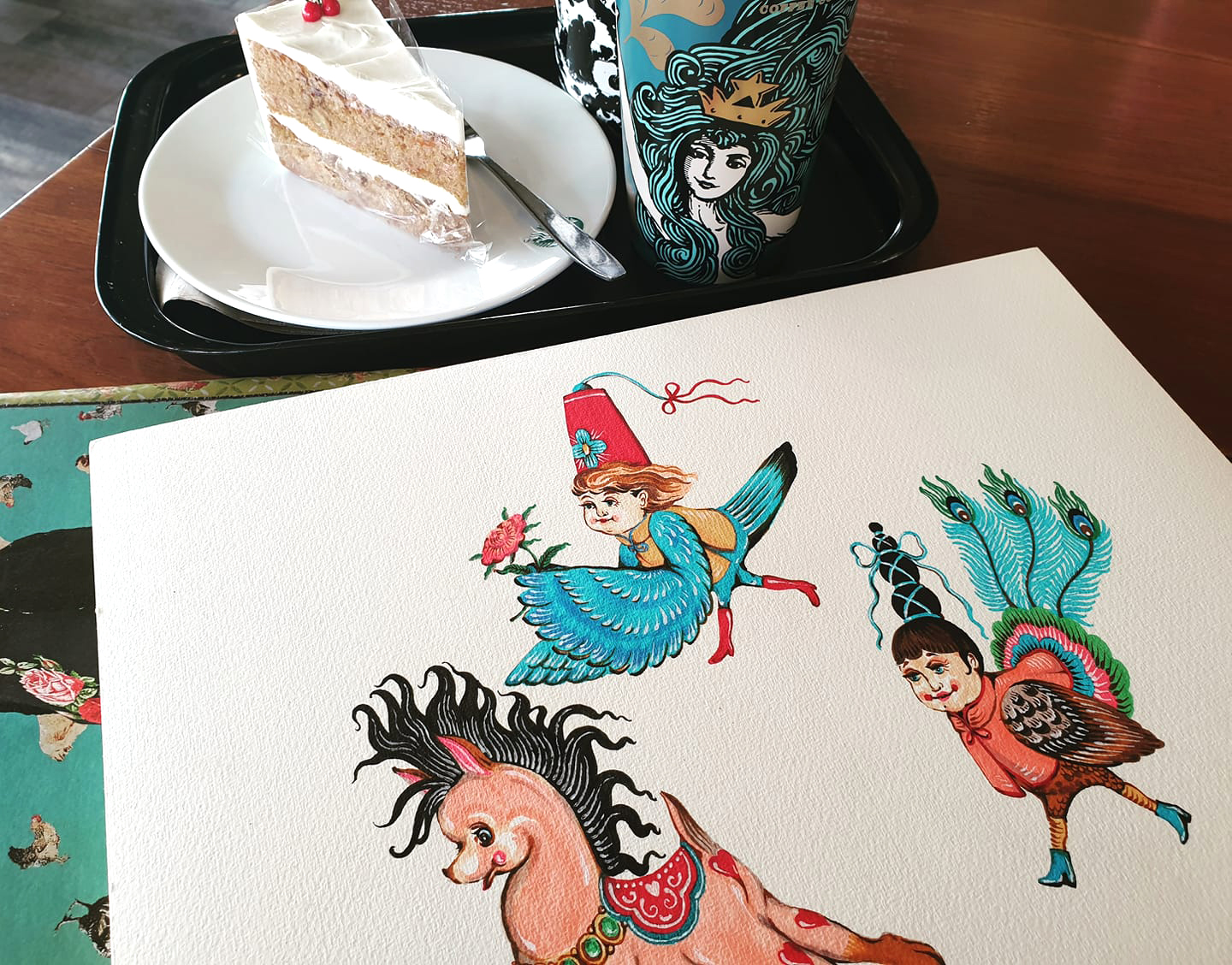 AWW: Scrolling through your Instagram, we’ve noticed a lot of beautiful dresses!! When did you start collecting those adorable dresses? Do you remember how many dresses you own?

Phannapast: I can’t remember how many dresses I have. Mostly, I would wear a custom made dress. For my everyday look, I like to wear Wondercapetown with its tunic shape and special mandarin collar. Although the dresses are with the same design, those patterns and colours make every dress unique. It was wonderful to collaborate with them last year. As for night time or formal events, I would wear a custom made dress or gown designed by my friend who is the founder of “Kerdkaew”. 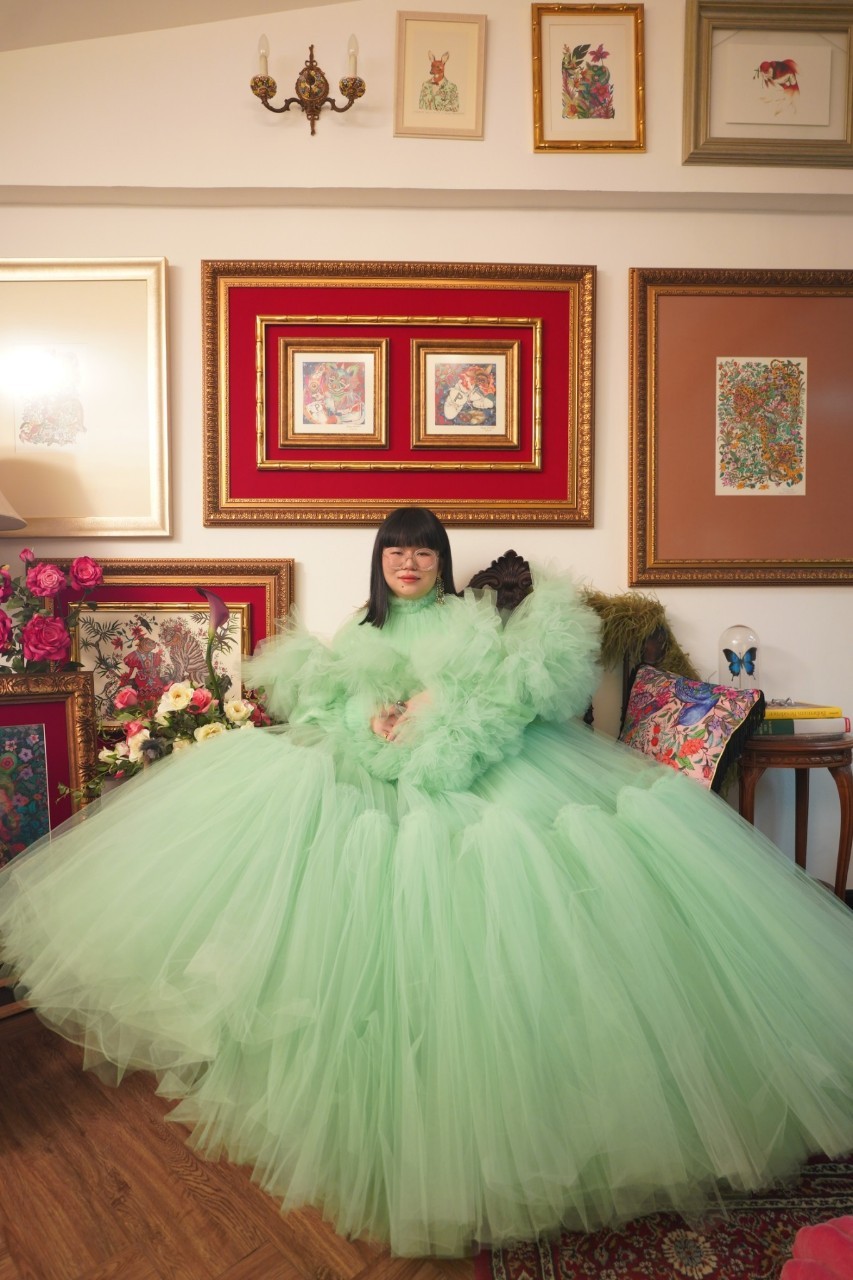 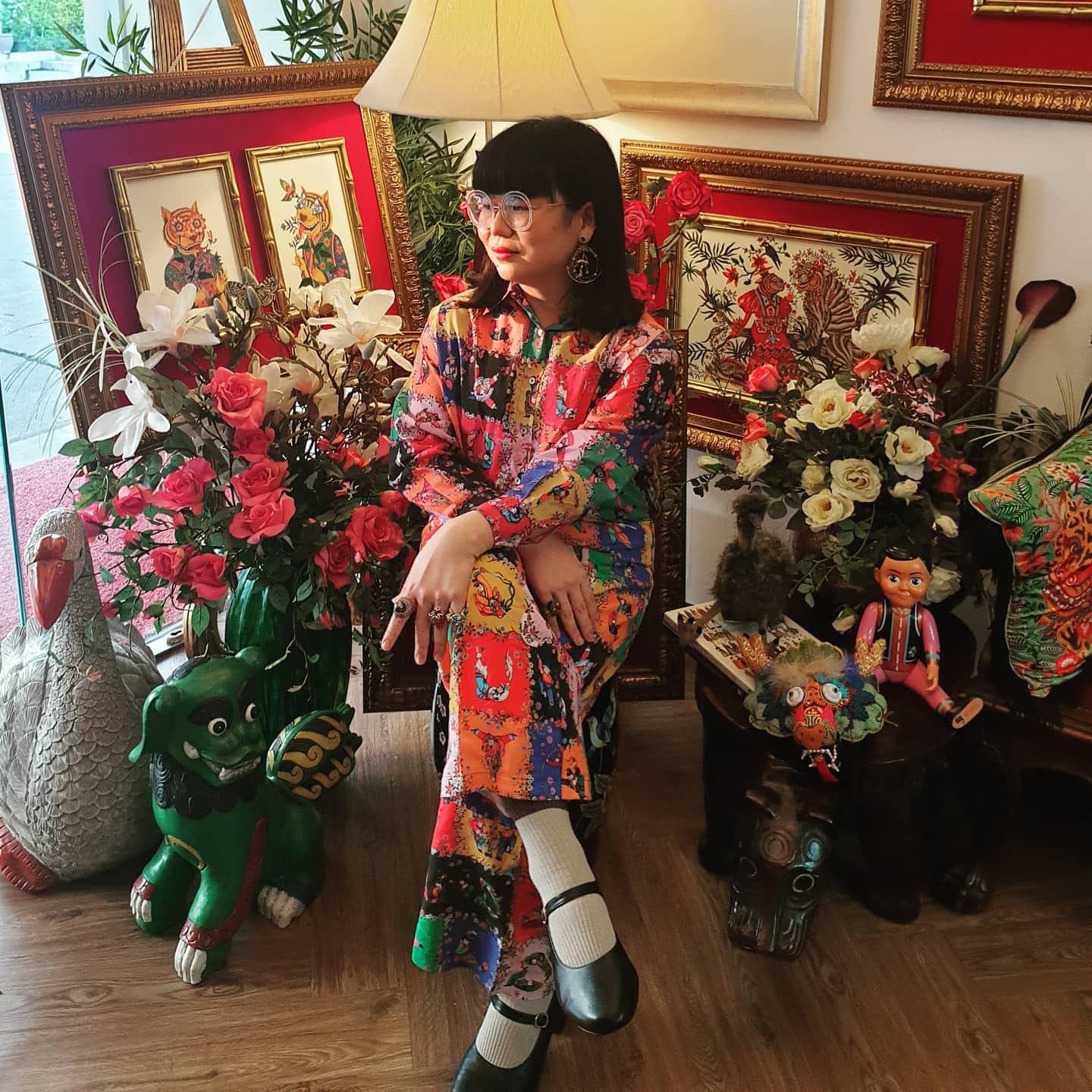 AWW: Last but not least, what does fashion mean to you?

Phannapast: To define fashion from my point of view, it means infinite possibilities associated with knowledge, concepts, lifestyle, belief and perspectives that lead us to learn and understand new things. Fashion never stops but keeps moving forward at a high speed like a rocket. It sometimes twists the original thing and reveals the other side that we have never experienced before, just like a puzzle game. It gives me the feeling of being alive and the form of having an independent life. Nothing will get in the way like fashion does. 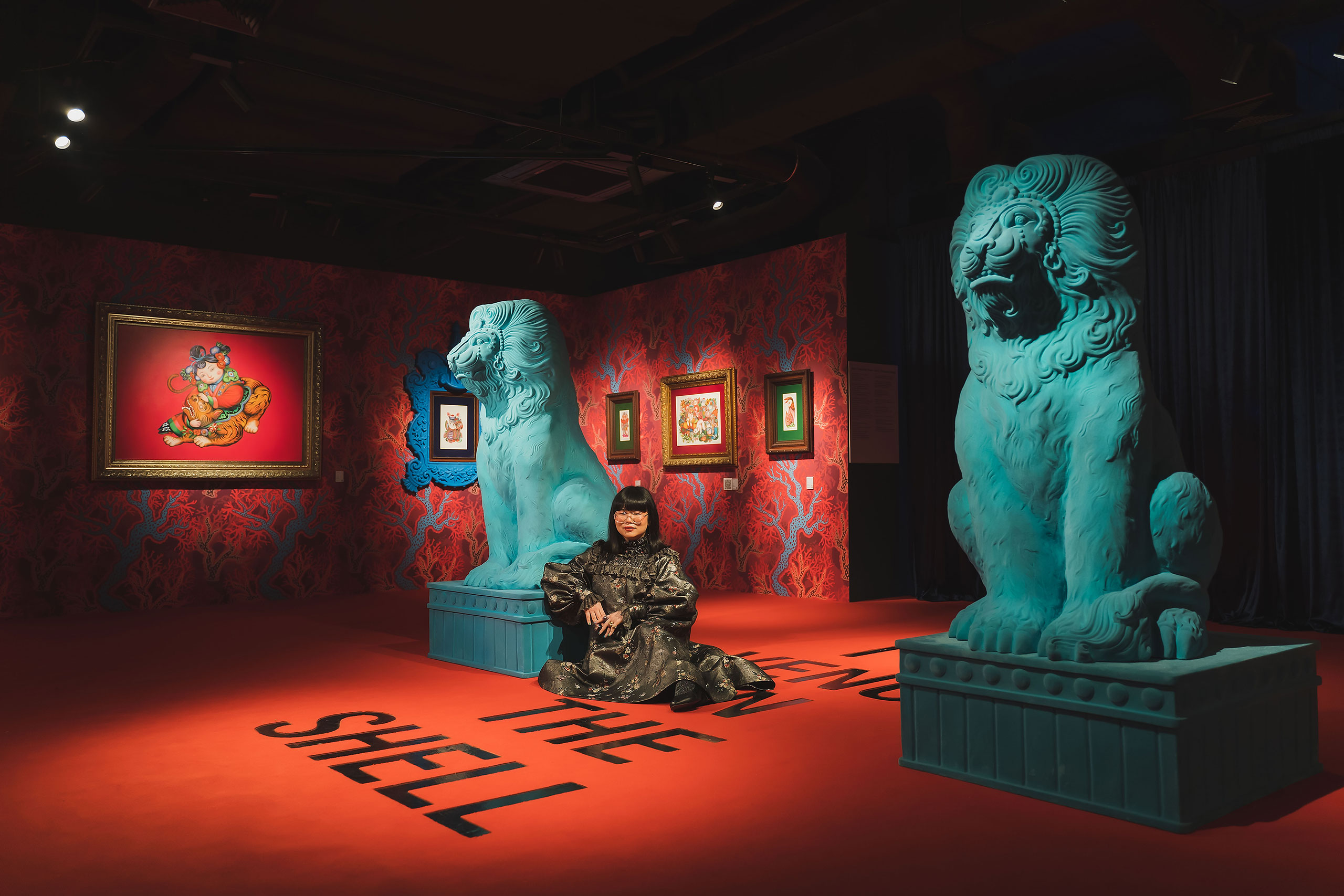 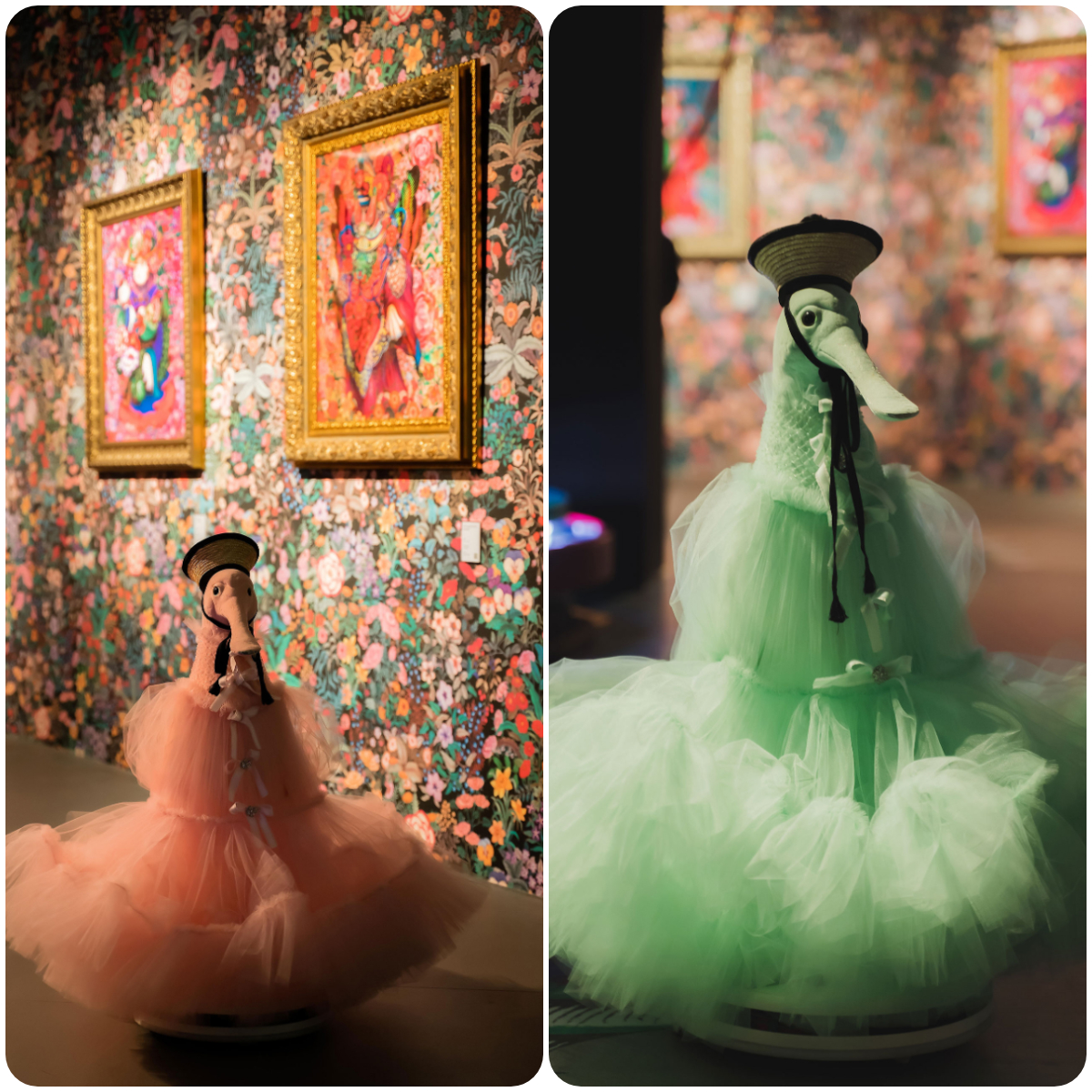 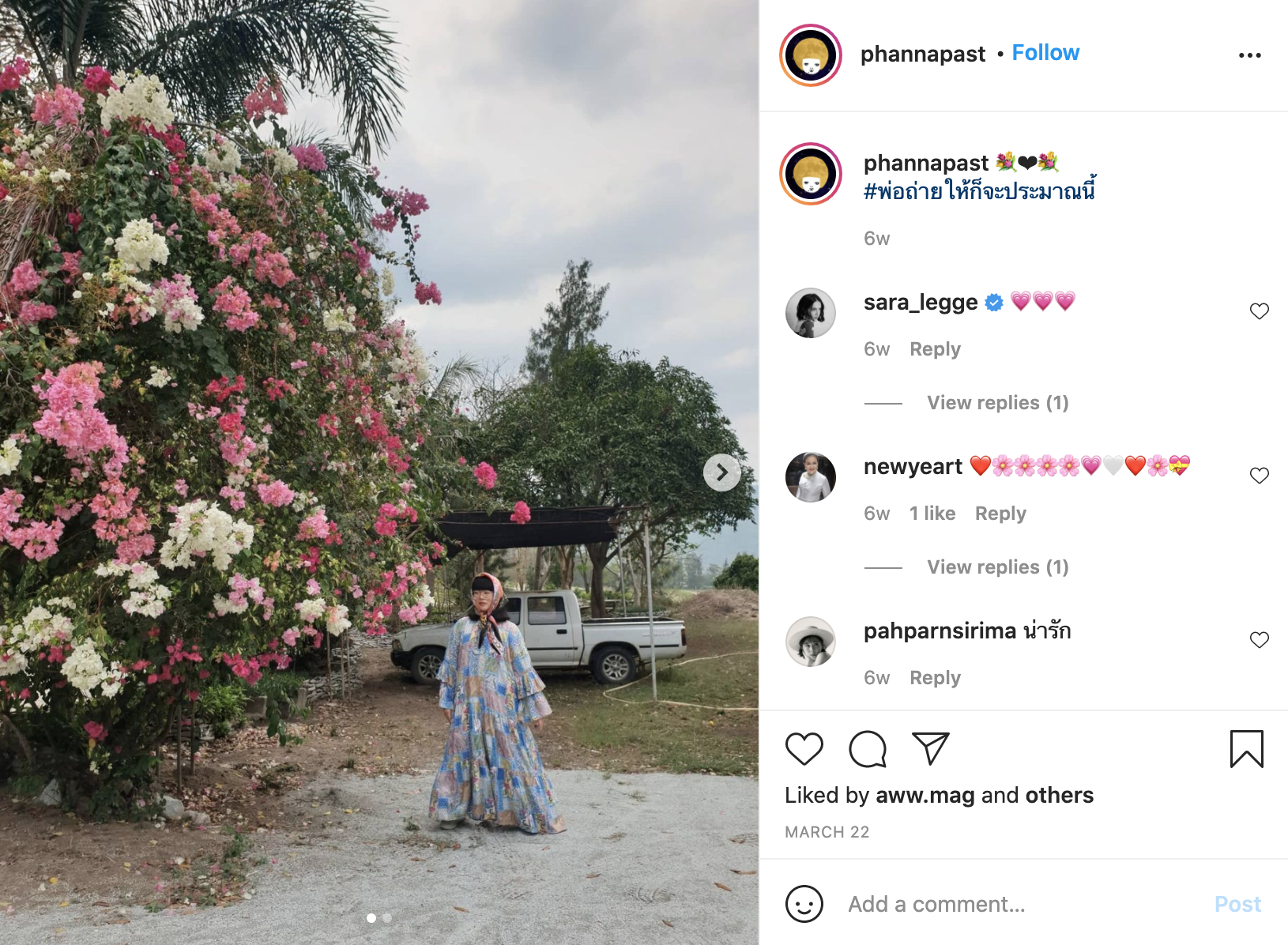 About We Love Milk Tea Series

Since showing up on social media in 2020, #MilkTeaAlliance has been around for a while, and represents a shared love of tea drinks in Hong Kong (Milk Tea), Thailand (Iced Thai Tea) and Taiwan (Bubble Tea)! But the similarities are way more than that. Yes, people from all 3 cities love traveling and sharing their experiences, but there was also the way the youths were suddenly thrust into the world’s eyes as well. You could say that tea drinks are a powerful symbol of emotional connections and support!

This summer, we’ll be introducing the beautiful souls we met in these 3 cities. Let’s see what made their creative souls rise and shine!