Connect with nature and paint spiritually: Interview with Angela Mckay

Connect with nature and paint spiritually: Interview with Angela Mckay

Pop quiz: Do you know how many styles we have for the portrait illustrations in AWW Issue 4 – My Time Capsule? We’ve always wanted some hearty style and it was so fortunate that Angela Mckay’s Instagram account popped up in time!

When we first came across Angela’s illustrations, we just couldn’t take our eyes off the vibrancy she created in her paintings of Australian bush and beaches. It was only slightly later we found out that she hails from Australia and Thailand, where nature has always been her playground. If you ever ask Angela to choose between bird chirps and the humming sea, she’ll surely answer you with “Why Not Both!”.

Here are some things you might want to know from this mix-culture creative. Let’s soak in the sunlight and Vitamin D with Angela! 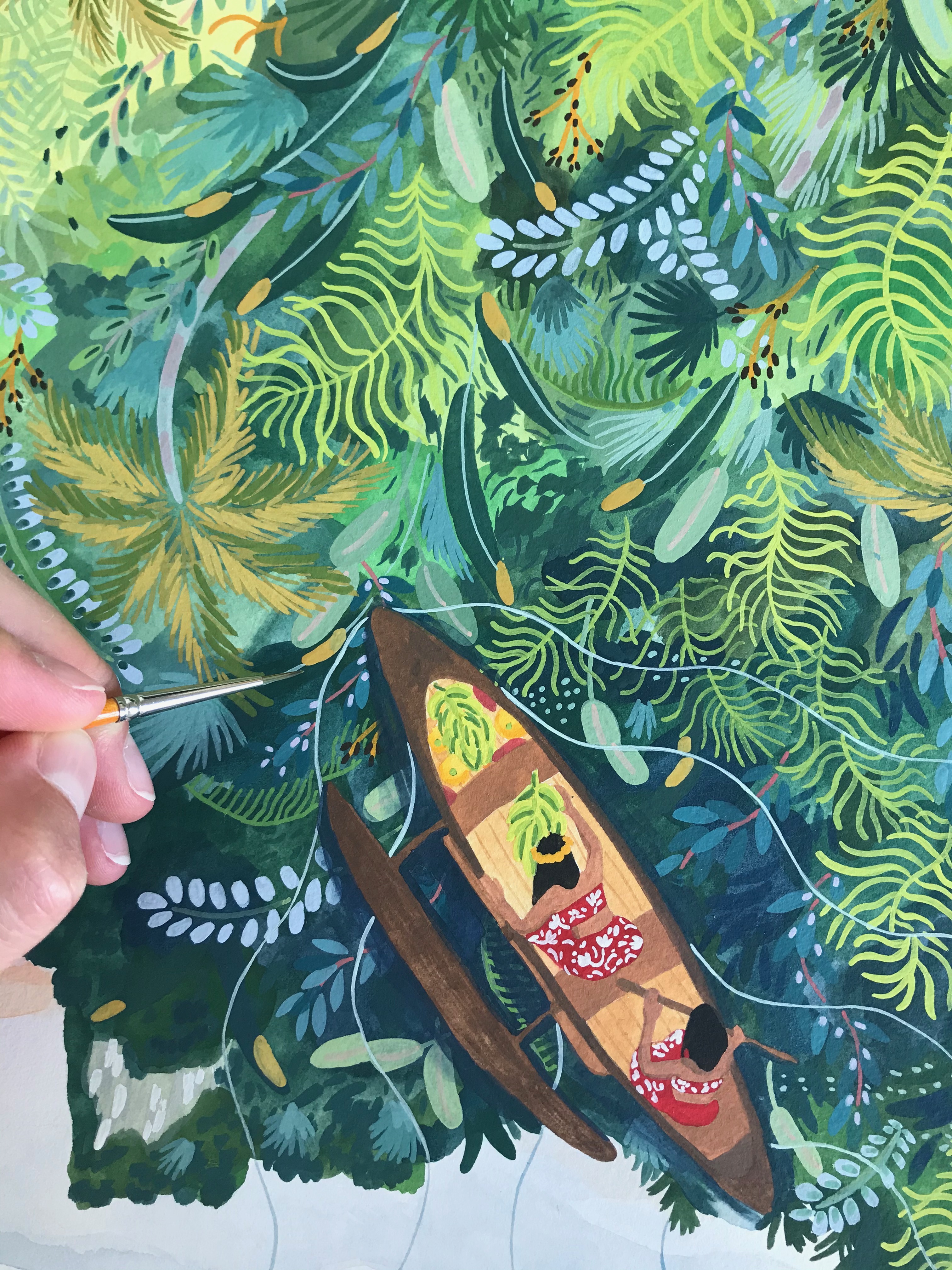 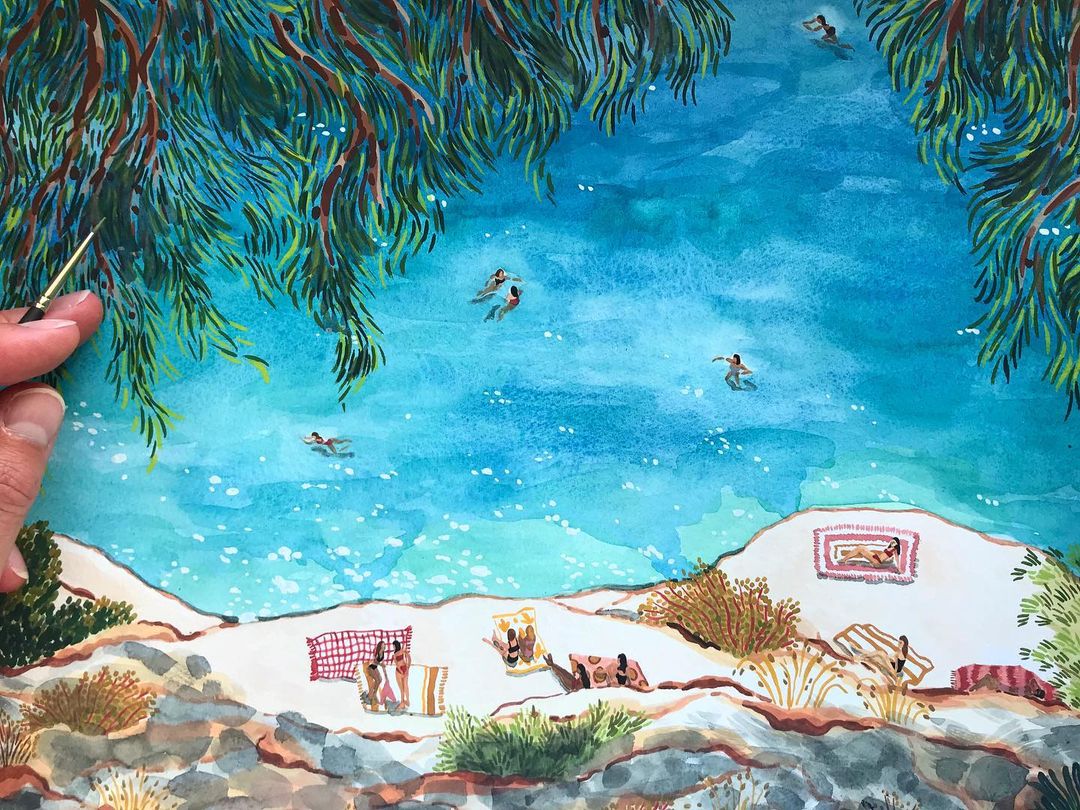 AWW: We noticed that you love illustrating the bush and beaches! What’s the story behind that?

Angela Mckay: I grew up on the South West coast of Western Australia, always outside, running around in the bush and at the beach. It was a very idyllic way to grow up. Much later on, whilst living in New York, I would find that when I needed a break from the city or an escape from the winter, I would often paint scenes from my youth or places that I had traveled to, often warmer and more tropical places! Painting became a bit of an escape for me, a way to take me away momentarily. Even though I loved the city and the fast paced life, it felt nice to take a step out when I could. 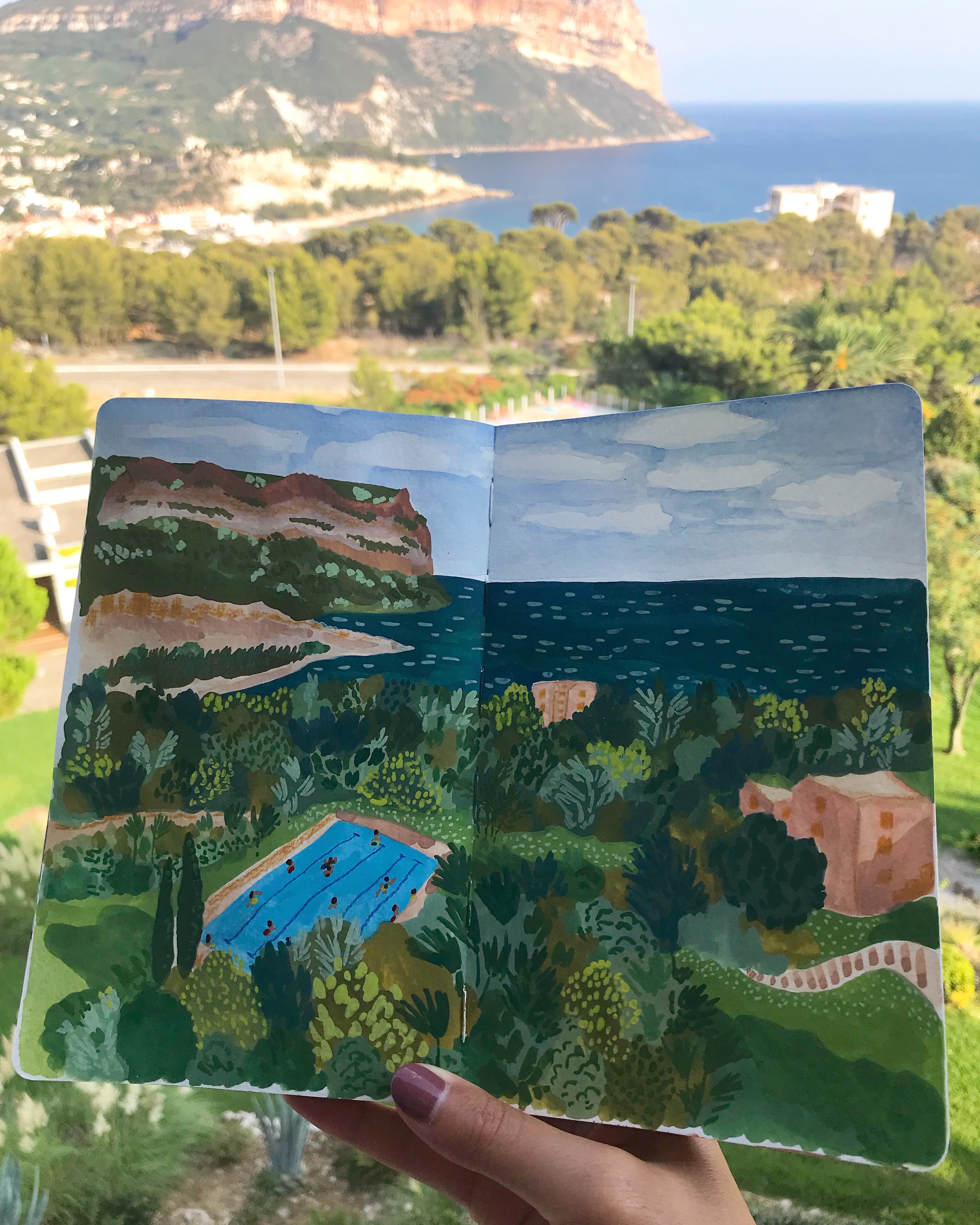 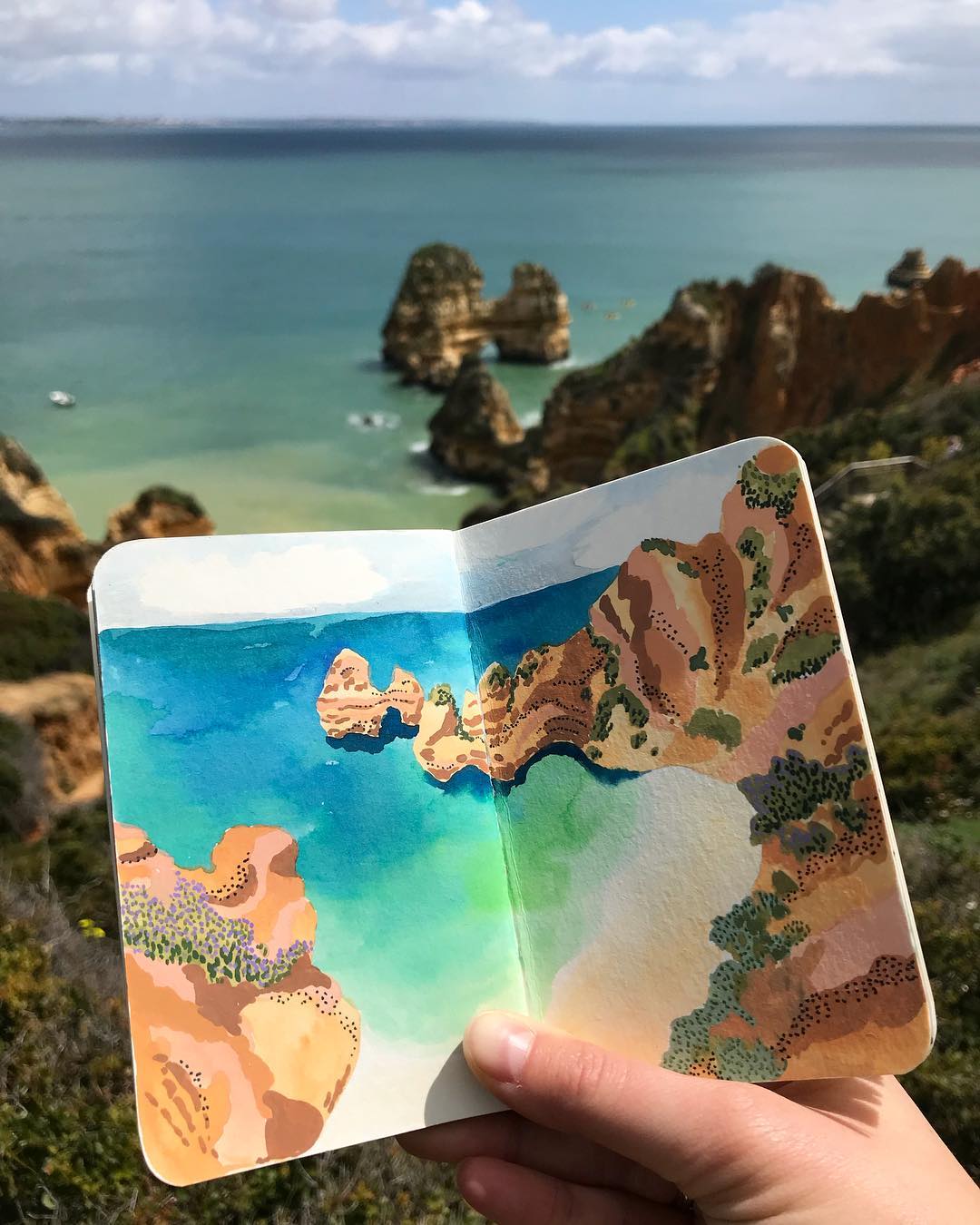 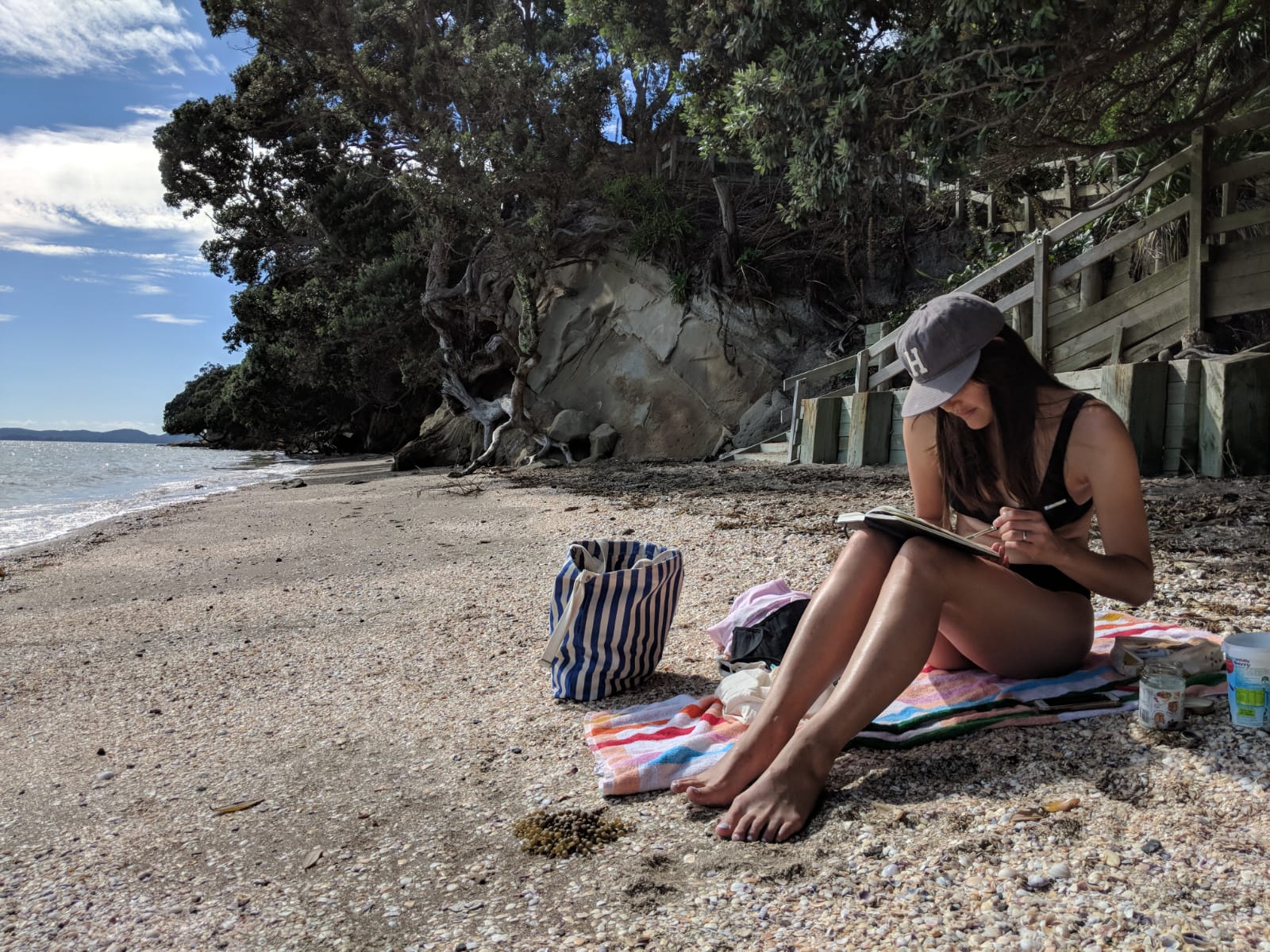 AWW: You’ve mentioned in your website that you hail from both Australia and Thailand. How does living in a mixed family influence your art?

Angela: I think the main influence from my Thai side has been exposure to the spirituality of Thai culture and Buddhism overall. From the ornate paintings of Buddha and his teachings on the walls of the temples to the daily offerings to the ghosts who live in the little houses at the front of your home, it has encouraged me to look deeper into the mysticism of the every day. I try to incorporate the spirit of this into my paintings, whether it be by using unexpected colors and patterns or playing with scale to create a sense of magic. 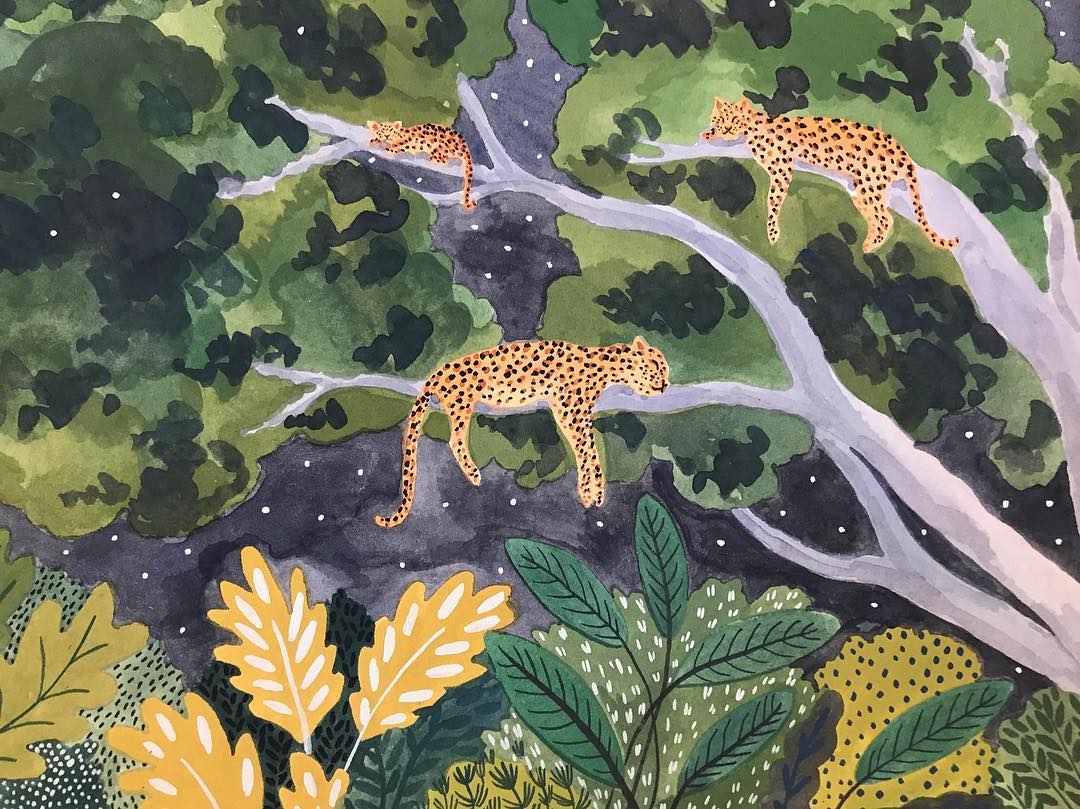 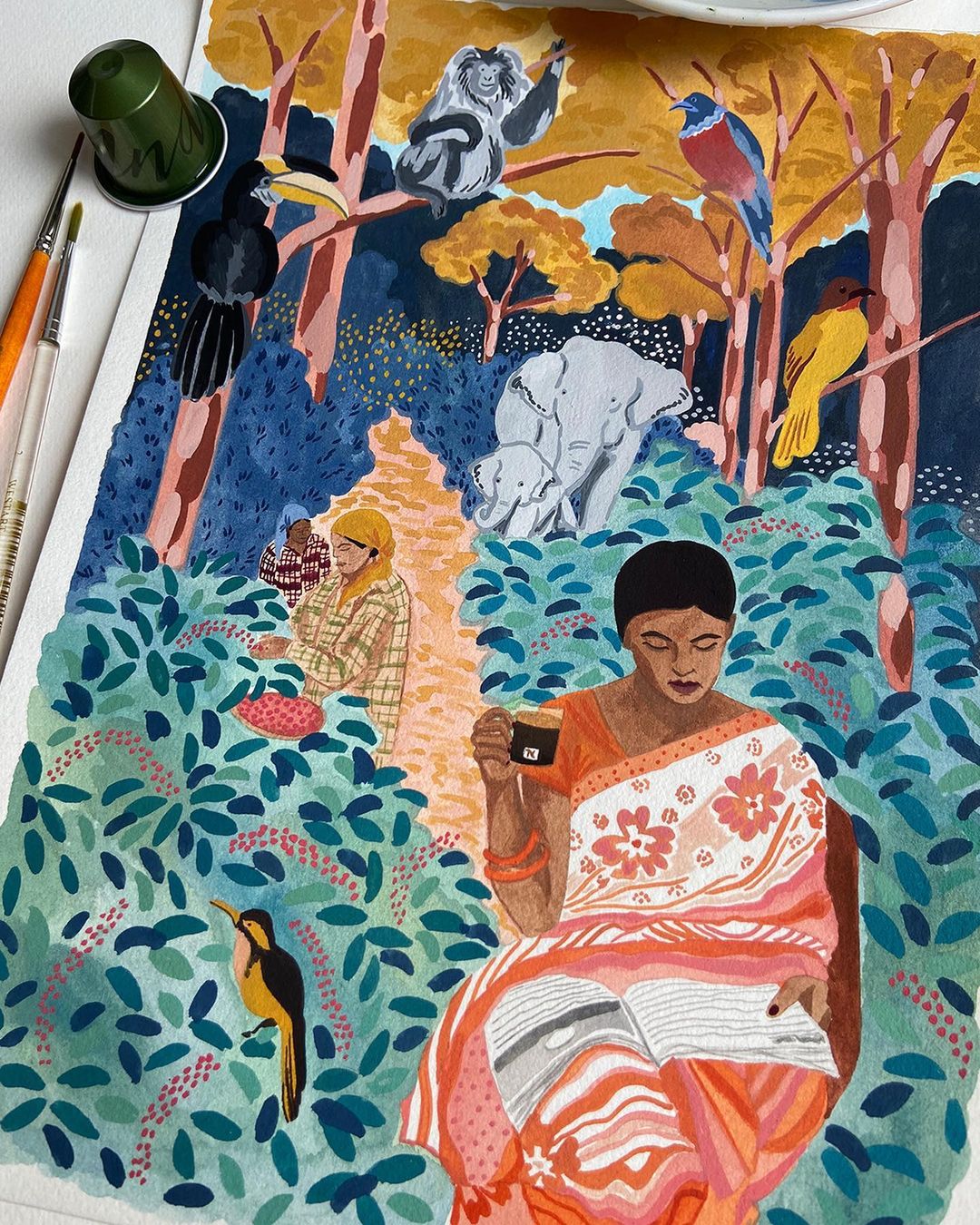 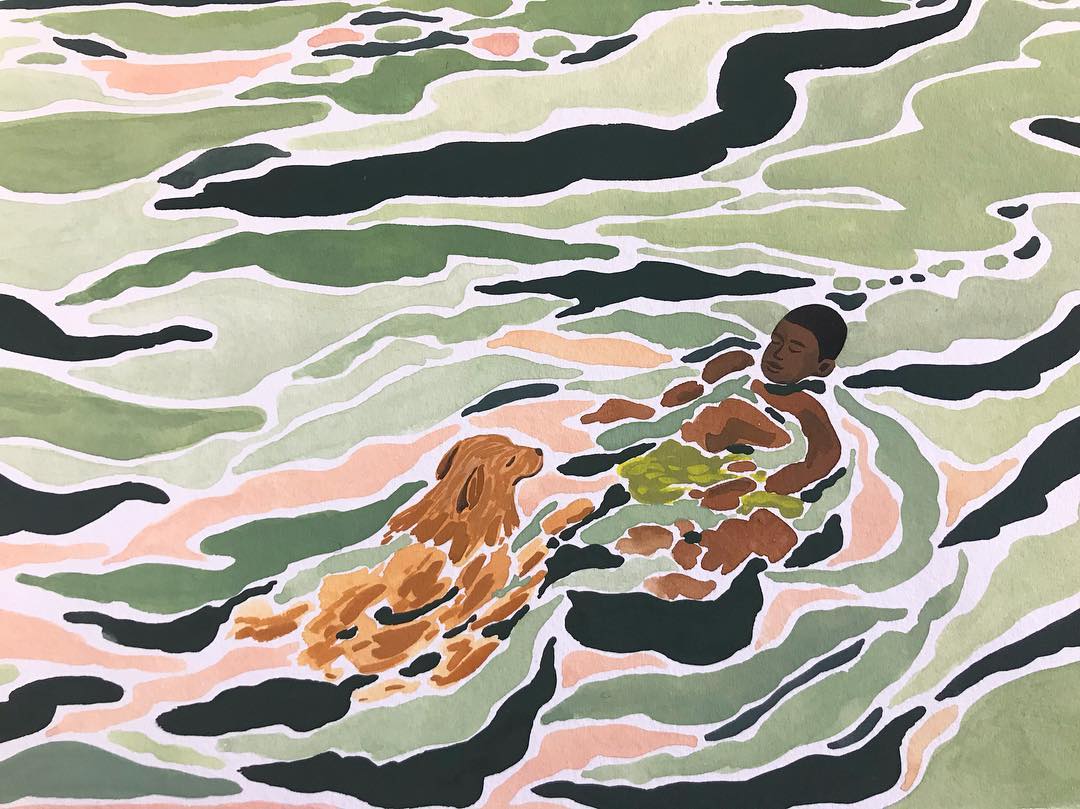 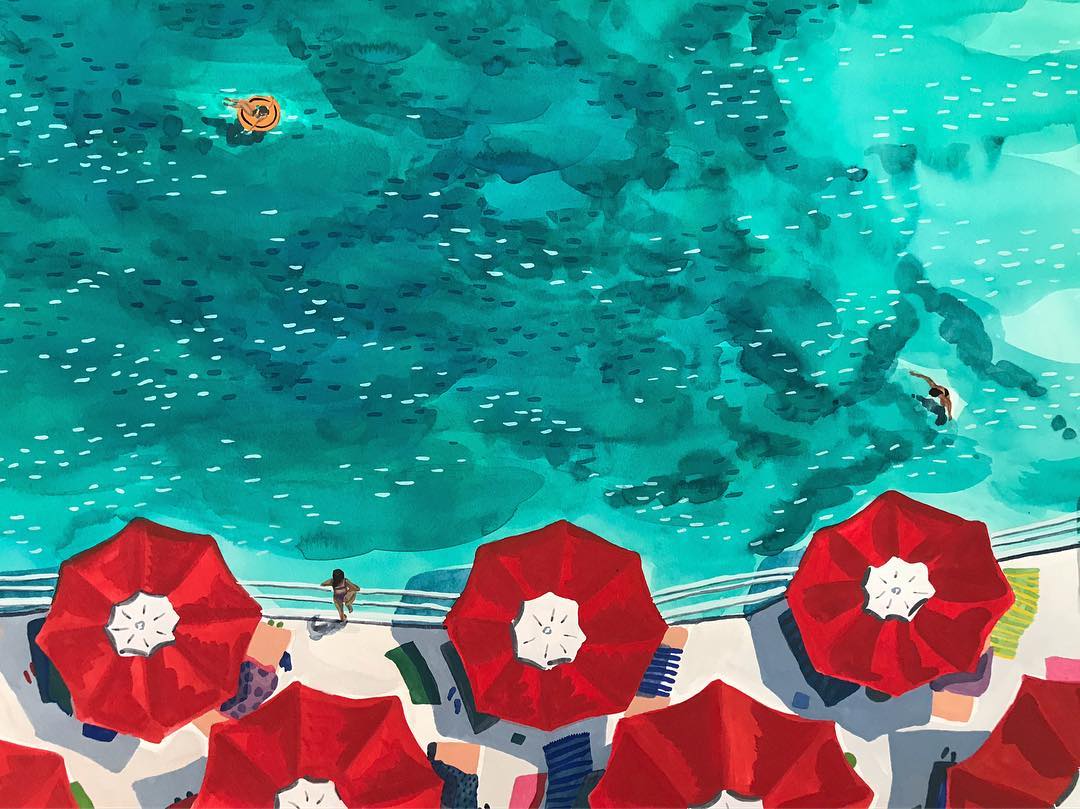 Angela: Representation is super important, people of all colors and sizes should feel seen and celebrated! In a small way, I’m using my platform to celebrate diversity in the characters I illustrate, in the hopes that it will shine a light on those who historically have been overlooked. 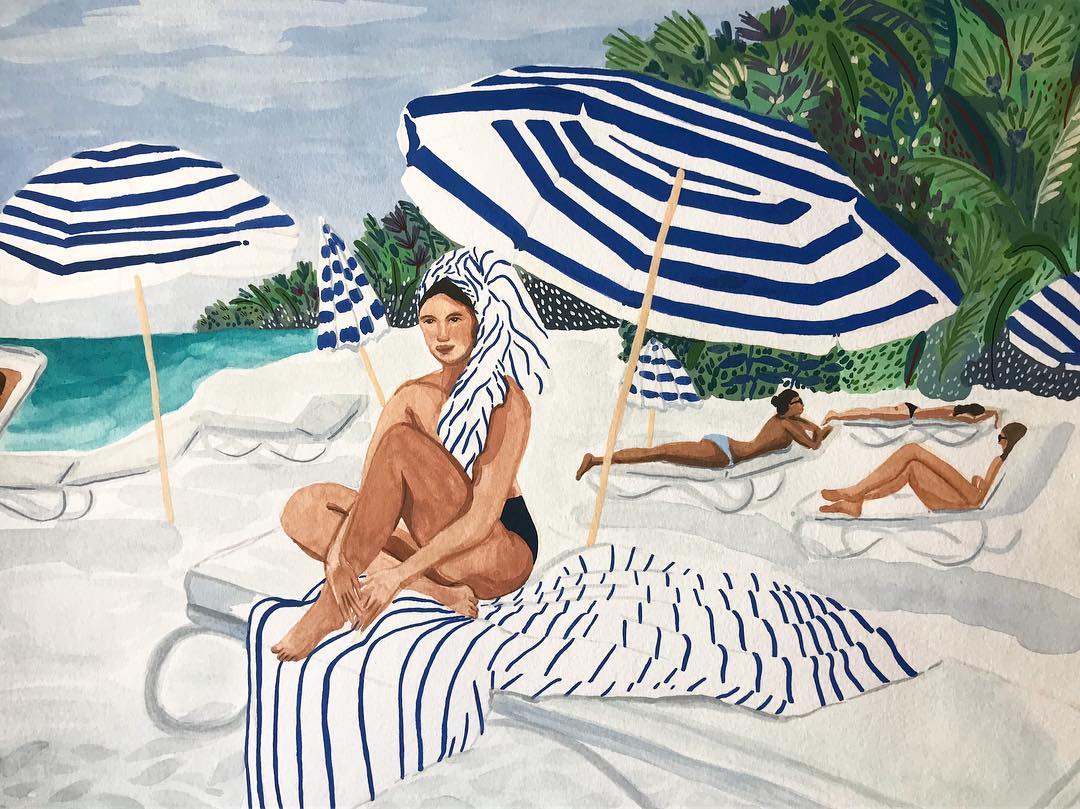 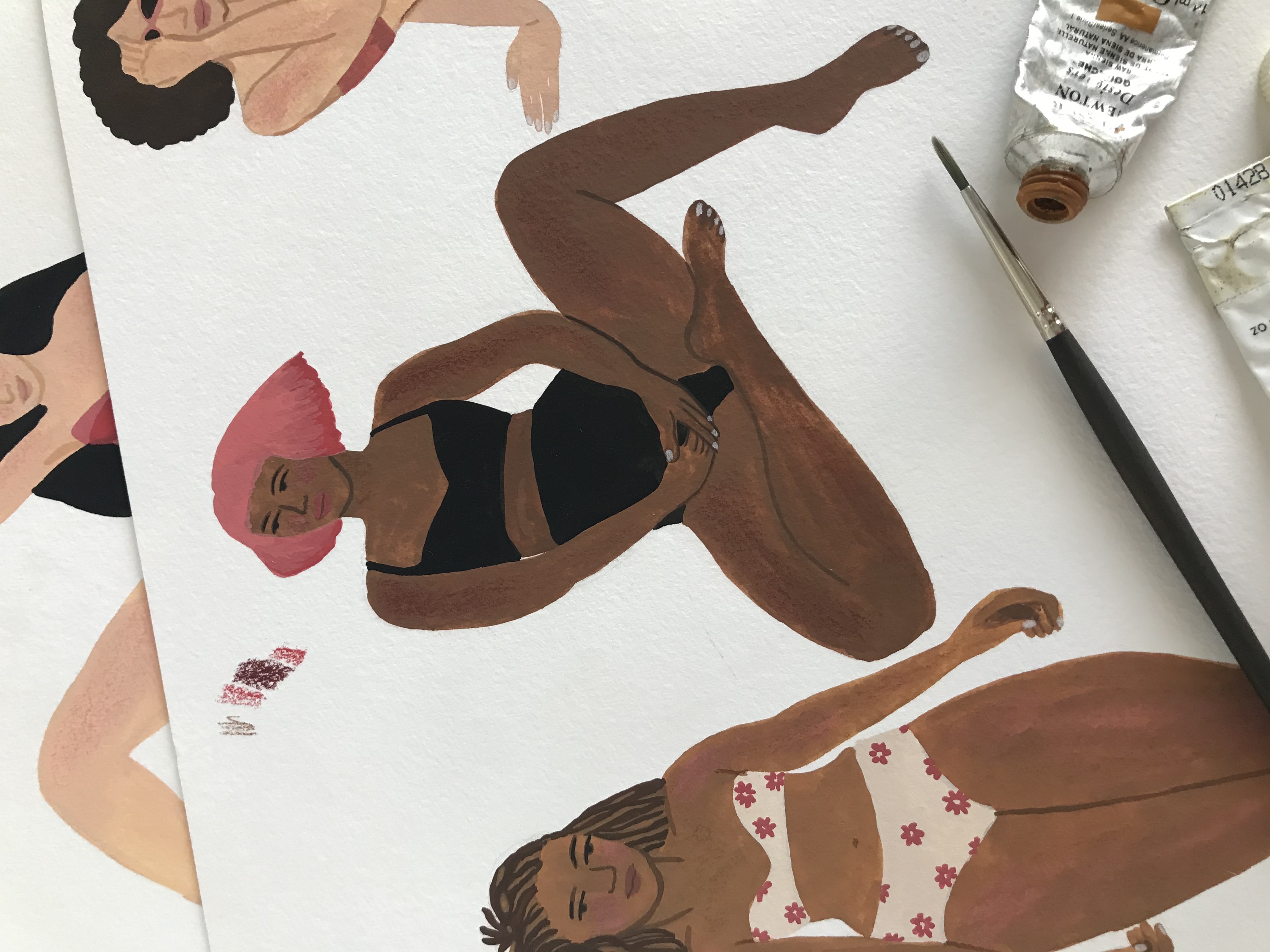 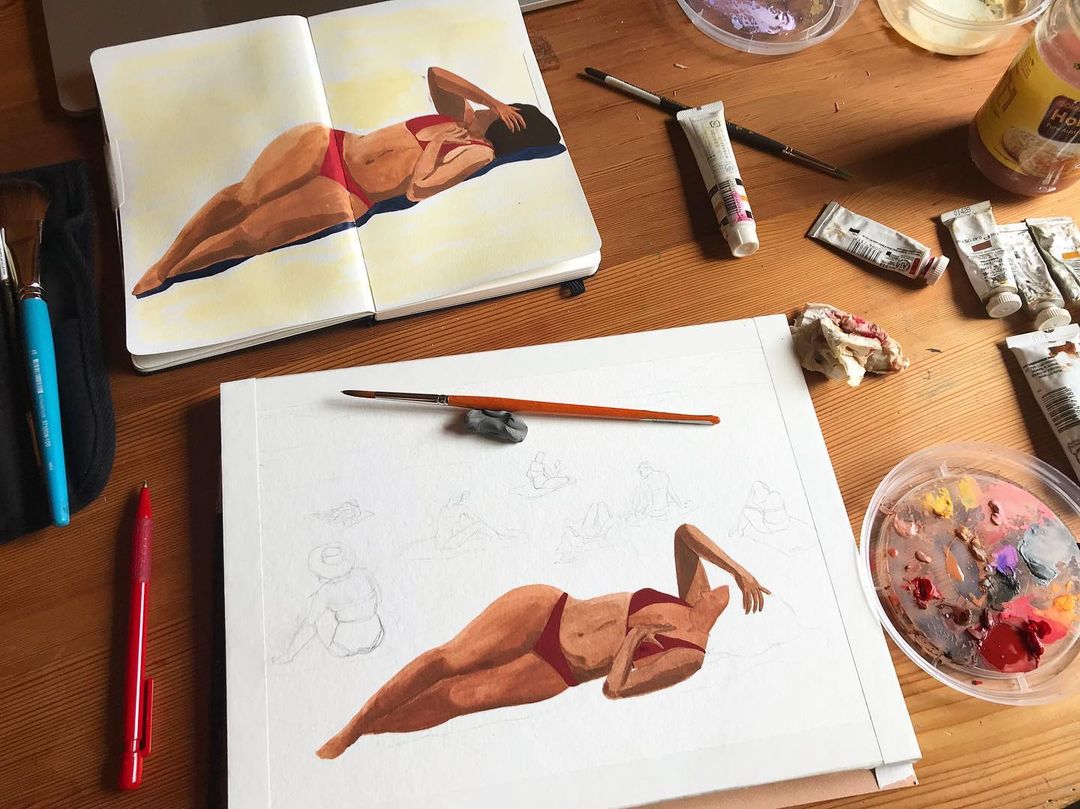 AWW: Watching your behind the scenes videos, we sometimes hear the chattering of a baby girl. She sounds like such a cutie :D! Would you invite her to create art with you in the future? (Maybe she was involved in your work for AWW Magazine Issue 4? ;) )

Angela: I am so excited to do arts and crafts with her when she’s a bit older. I can’t wait to teach her how to mix colors, keep a sketchbook, take photos or press flowers etc. It’s such a pleasure to share the things you love with your kids and see them enjoying it too.

She was probably a bit more of a distraction that a help with the AWW job but a cute distraction nonetheless! 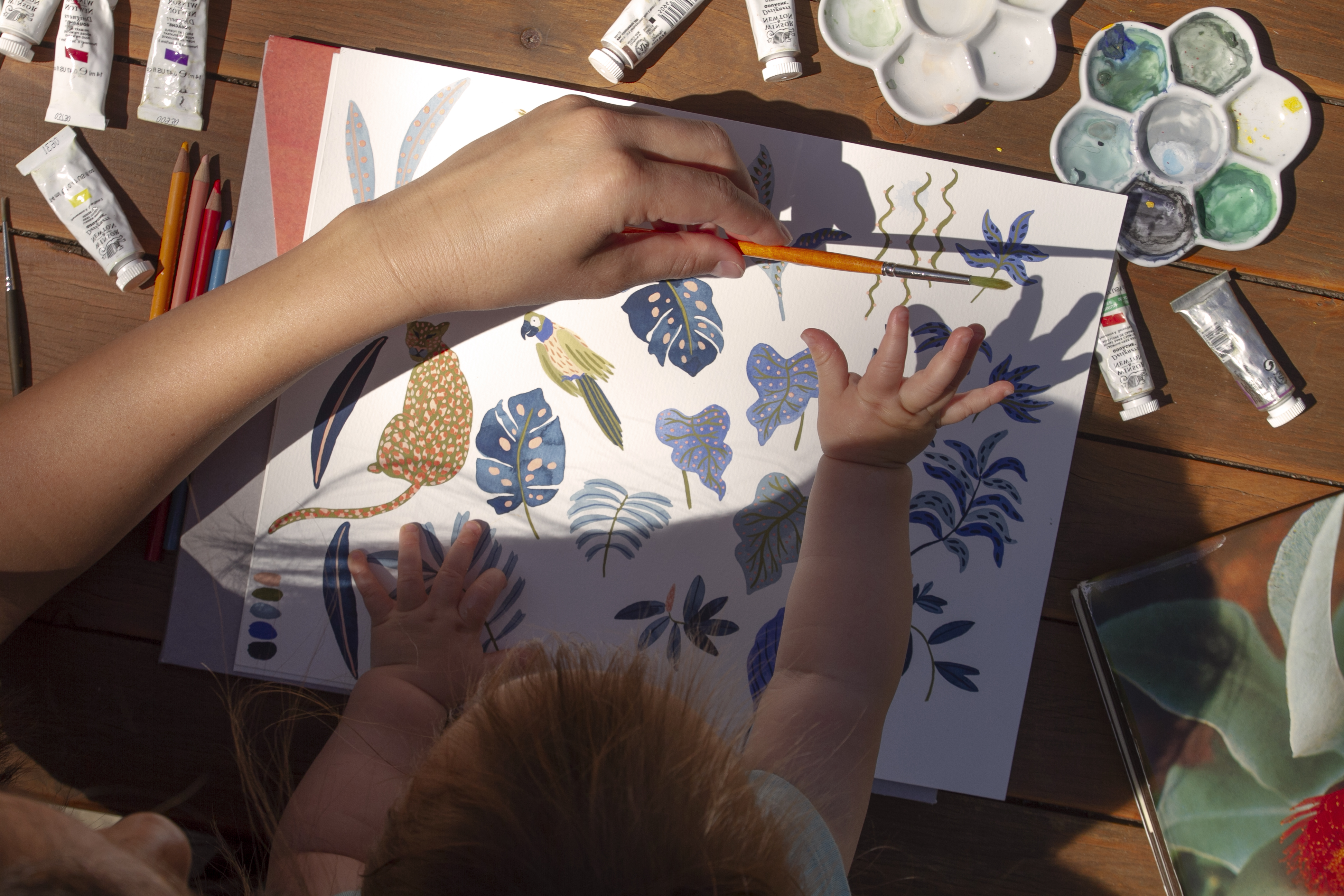 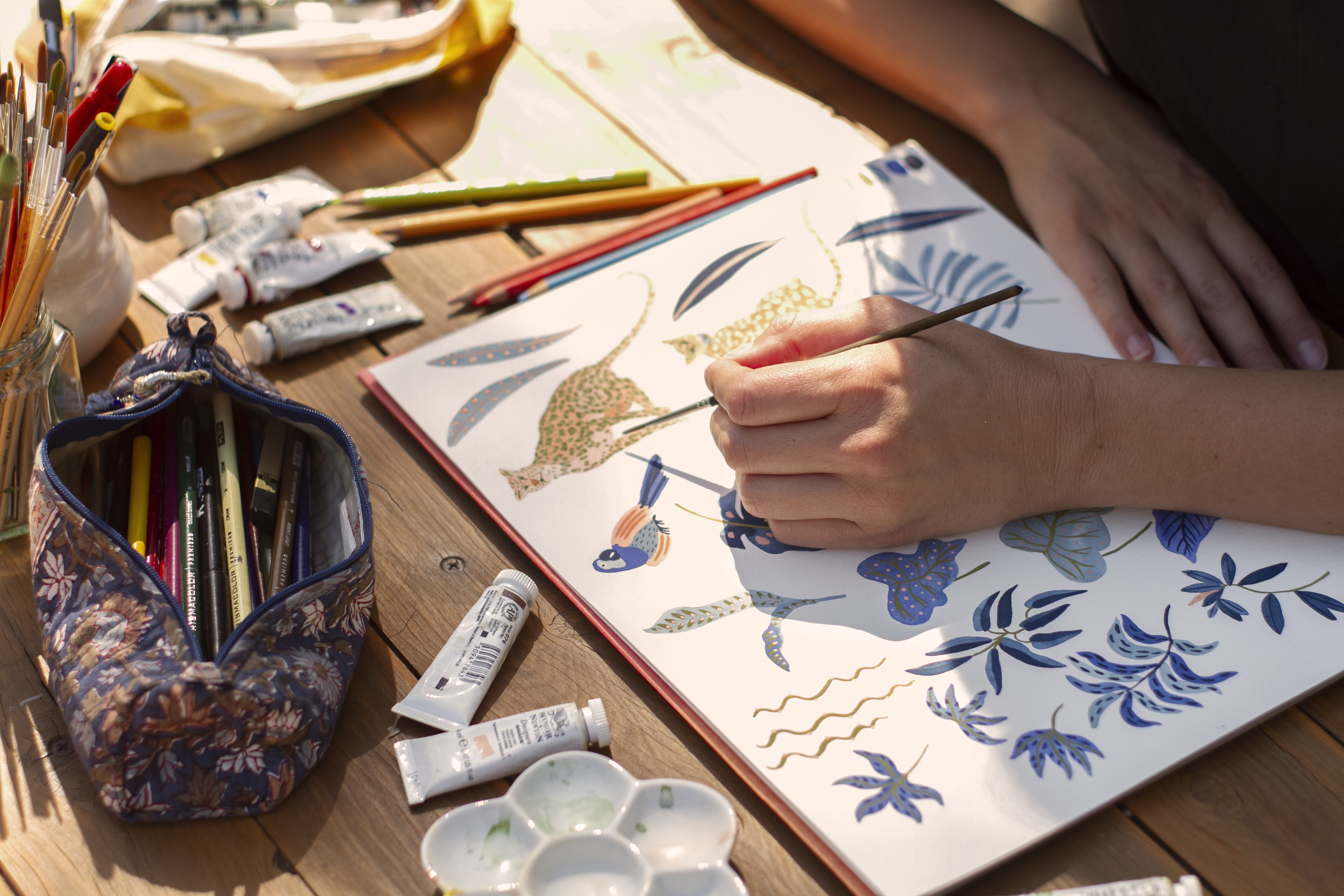 AWW: Our interviewees chose animals that best represent themselves — what about you? What is your soul animal and why?

Angela: I would have to say a panda. They seem to spend an inordinate amount of time just hanging out and eating snacks which is something I definitely enjoy! 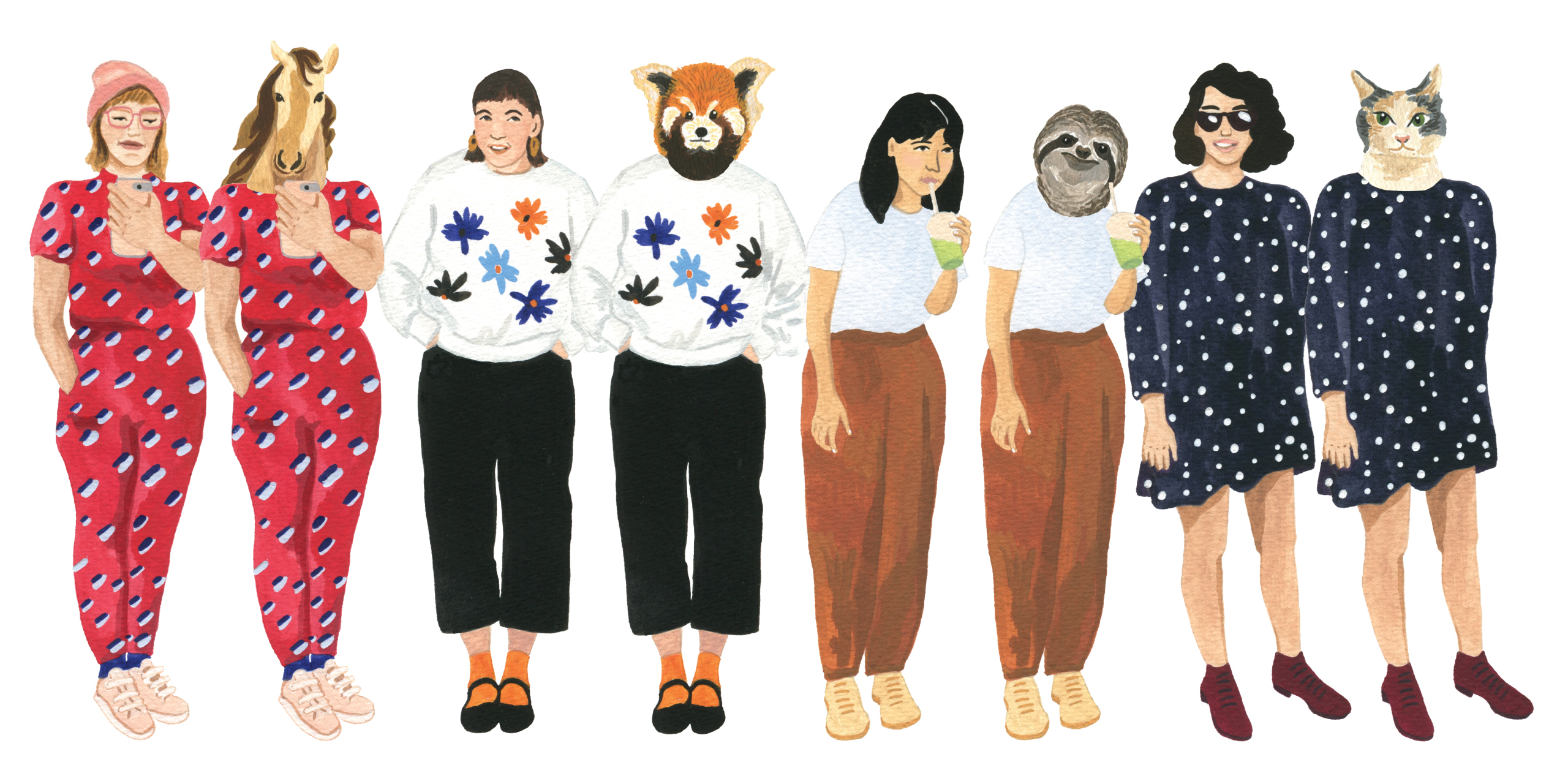 Eager for more behind-the-scene photos from Angela? Here you goooo! 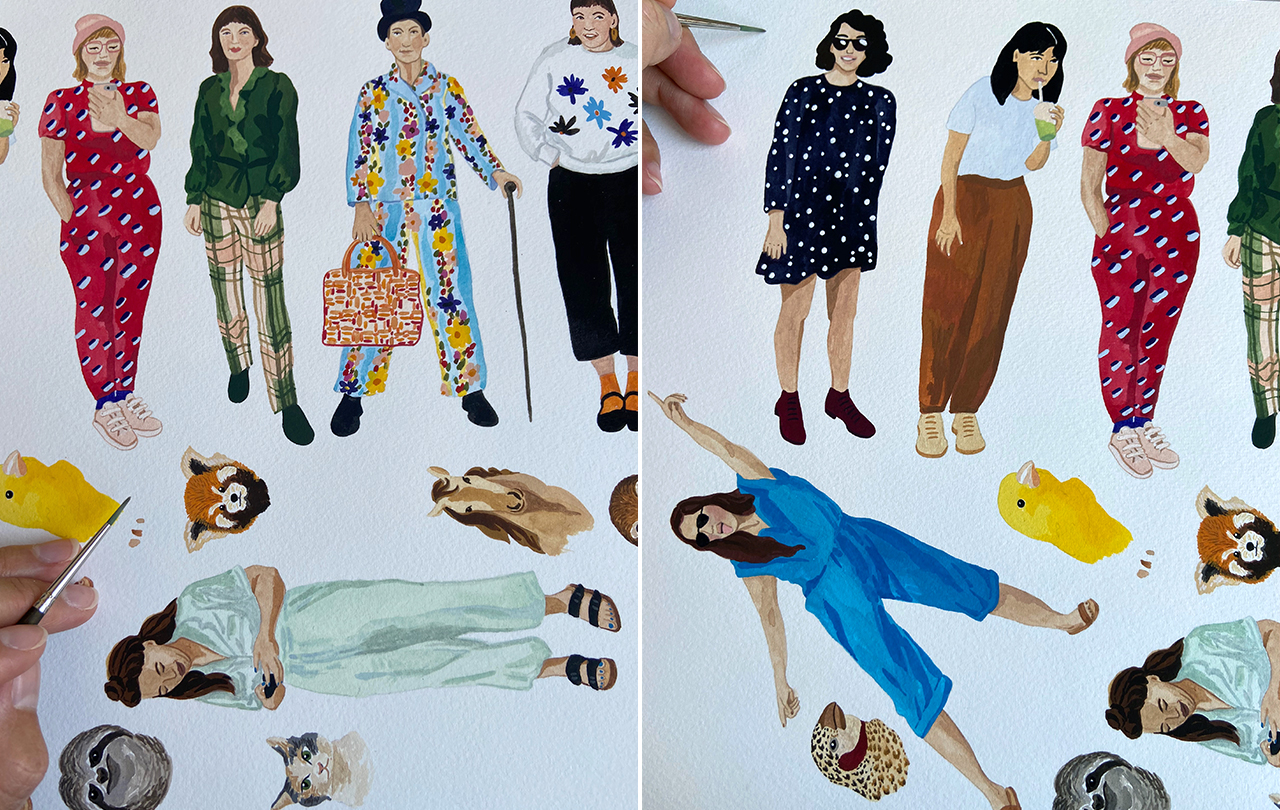 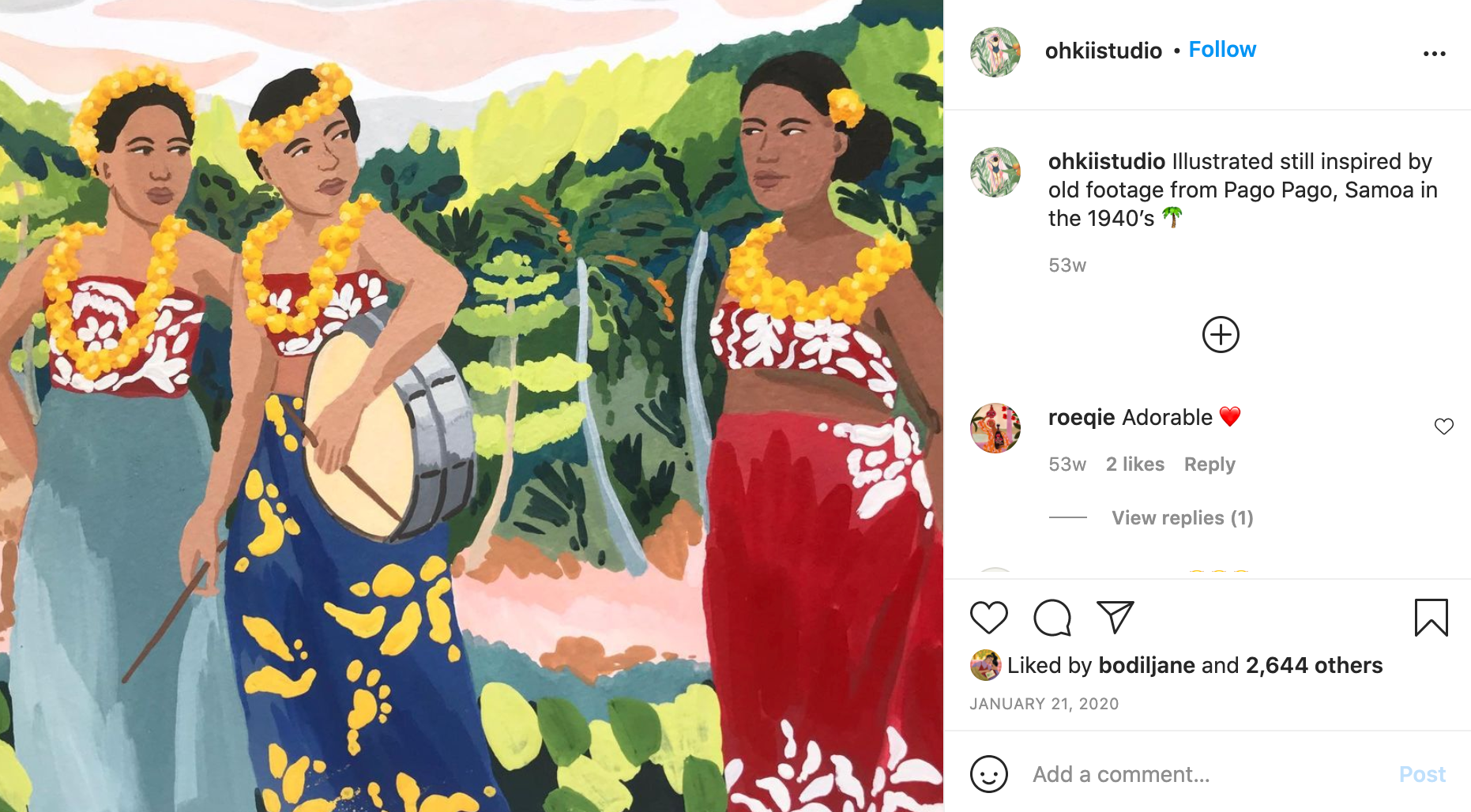 To find out more about Angela Mckay please visit the artist's IG account  |  @ohkiistudio
All images provided by Angela Mckay.