Frank & Fine: A Magazine that Makes You Love Movies More

Frank & Fine: A Magazine that Makes You Love Movies More

Kill two birds with one stone: A better movie and a better reading experience. The independent film magazine, Little White Lies, gives you no cliché recommendation. In-depth coverage about the feature film, with reviews and interviews about other upcoming movies, the magazine guarantees you a well-informed movie choice for Saturday night.

The Guardian called it “the best-designed film magazine on the shelf”. Little White Lies surprises you every issue. The unique design, from cover to editorial, illustration to typefaces, is inspired by that issue’s feature film. The visual impact of the cover is astonishing, with least possible words, bringing focus to the illustrated lead actor of the film. 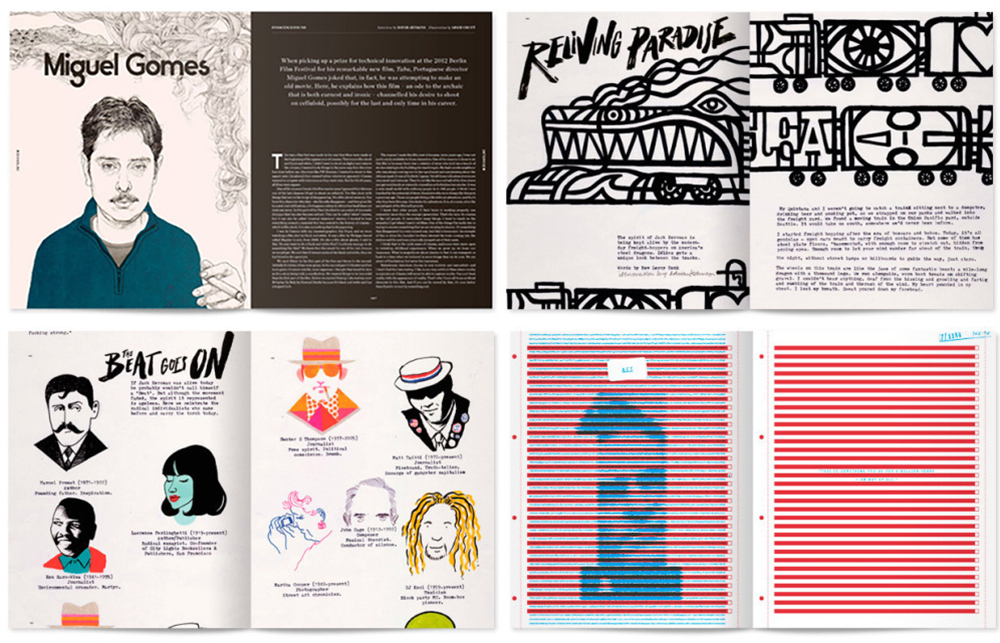